Vasco Crash: Driver Suspected of Being Under Influence of Heroin 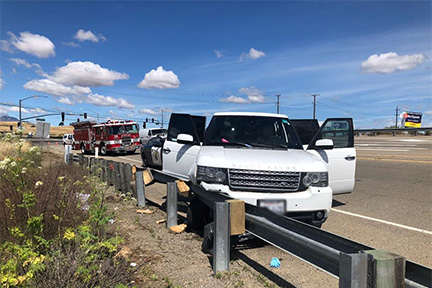 Just after 10:00 am Wednesday, the East Contra Costa Fire Protection District was dispatched to a report of a two vehicle crash on Vasco Road near Walnut Blvd in Byron.

The solo driver of the crash was in and out of consciousness and according to witnesses is believed to have exited the vehicle and thrown something over the guard rail according to the CHP log.

According to the Fire District, the driver was passed out and was suspected of being under the influence of heroin and Narcan was used to assist the driver.

The California Highway Patrol is investigating the crash.