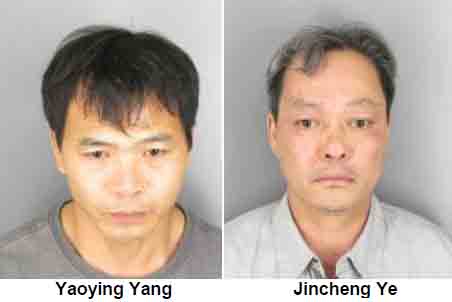 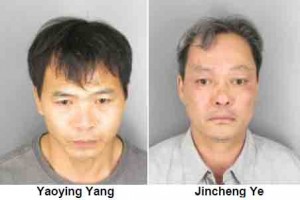 At 11:00 pm Sunday evening, the Antioch Police Department patrol officers responded to a residence in the 5200 block of Delta View Way on a report of a possible marijuana grow house.

Upon arrival, patrol officers found Yaoying Yang, 44 of San Francisco, and Jincheng Ye, 48 of Oakland, at the house which was completely converted into an illicit, marijuana cultivation operation according to Antioch Police Sergeant Morefield.

Investigators were called in and ultimately seized approximately 300 marijuana plants from the home along with over 100 lbs of processed marijuana which has a street value of approximately $300,000.

Both Yang and Ye face charges of planting and growing illicit marijuana and were taken to the County Jail in Martinez, where they were being held in lieu of $15,000 bail.

Great job Antioch PD and keep up the good work!