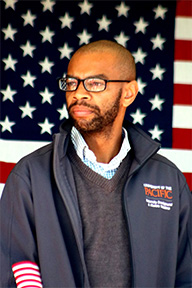 Thorpe was hired at the August 12 meeting where he will serve in the part-time role (20-hours per week) with a compensation not to exceed $4,000 per month ($48,000 annual). He also received a 3-year contract per the staff report.

Thorpe was chosen after the Board of Directors interviewed five finalists for the position. He was approved in a 5-0 vote.

While serving on the Antioch City Council, Thorpe also works for Senator Steve Glazer’s campaign and had previously worked at First 5 Contra Costa.

Thorpe takes over a District which is in a legal battle as to whether or not it should be dissolved or not. Last year, the Contra Costa County Grand Jury made the recommendation after it no longer runs a community hospital and spends the money on administering grants.  They also highlighted fiscal mismanagement.

According to the 13-page report:

For more on the grand jury report from August 19, click here.