The Newsom Vision for Early Childhood and What it Means for Contra Costa County First 5 Contra Costa is hosting the 2nd Annual Coffee & Kids Policy Breakfast to engage local leaders in important discussions on the growth and development of our children—with special guest speakers from the local, state, and national level.

What: The 2nd Annual Coffee & Kids Policy Breakfast—a gathering of elected officials, school leaders, and other county decision makers—will be held on Thursday, May 30, 2019 at the Pleasant Hill Community Center. The focus and topic of conversation around this year’s event will be The Newsom Vision for Early Childhood: What It Means for Contra Costra County.

There is excitement locally around the Governor’s commitment to early childhood, one of the key components of his California for All agenda. Studies have shown that the first 5 years are the most rapid period of brain growth, with nearly 90% of brain development occurring by age 3. “The research very strongly supports investing in early childhood to reap education, health, and social benefits later in life. Governor Newsom will likely waste no time in putting into action the early childhood policies he promoted in his campaign,” said Sean Casey, First 5 Contra Costa Executive Director.

First 5 Contra Costa stands ready to help implement these exciting possibilities in the months and years to come. “Everything we’ve done up to now, whether by building quality in early education, training the next generation of providers, or supporting and strengthening families, has prepared us for the time when public investments make high-quality early childhood education and family support universal,” said Mr. Casey. 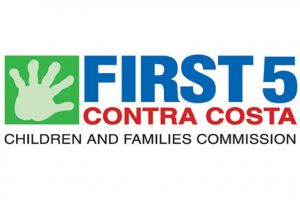 Who: First 5 Contra Costa helps young children start school healthy, nurtured and ready to learn by investing in programs and activities focused on children during their first five years—the most important time in children’s development.

Why: To further the understanding of the role we all play in improving early childhood education, and the innovative solutions that can be adopted to give our kids a brighter future.

If you are interested in attending or have any questions, please email Brian Kelley of First 5 Contra Costa at [email protected], or call 925-771-7325

18-Year-Old Killed, Another Wounded in Saturday Shooting in...