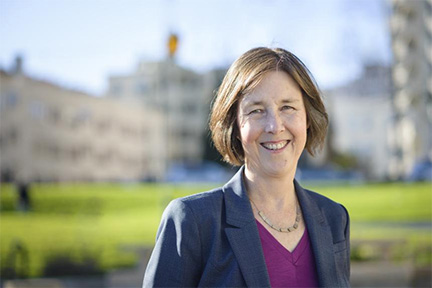 State Sen. Nancy Skinner, D-Berkeley, announced the introduction of SB 1083, Helping Families Out of Homelessness. SB 1083 would nearly triple the amount of time that homeless families can live in temporary housing to help ensure they can find permanent housing and avoid the cycle of homelessness.

“In the last few years, we’ve increasingly focused state support on housing and services to reduce homelessness. Project Homekey, for example, is one of the programs that has made progress. But what breaks anyone’s heart is to see a family with children or a pregnant person living on the street,” Sen. Skinner said. “SB 1083 will provide specific tools to help families out of homelessness and undo the rule that requires an unsheltered pregnant person to give birth before they can become eligible for homeless family benefits.”

According to recent data, there are more than 8,000 homeless families in California. And recent data from Los Angeles County reported 5,000 pregnant people experiencing homelessness during their pregnancy.

SB 1083 would also expand eligibility for temporary housing to homeless families who have received any kind of notice that may lead to eviction, and it would speed up the awarding of benefits by requiring assistance be granted after families submit their application.

“Extending the time in temporary housing provides stability and security that can help families find permanent shelter and not be pushed back onto the streets,” Sen. Skinner added. “And getting benefits to families faster will help prevent them from becoming homeless in the first place.”

Finally, SB 1083 would also extend the above homeless family benefits to pregnant people.

“Denying housing to pregnant people is bad policy; babies need a roof over their heads from the start. SB 1083 will make sure those who are pregnant get homeless family benefits right away,” Sen. Skinner said.

“Safe housing is critical to a healthy pregnancy and positive fourth trimester outcomes, but unfortunately far too many pregnant people and families with young children are living without a place to call home,” said Janette Robinson Flint, executive director of Black Women for Wellness. “In Los Angeles County, we saw homelessness grow over 50 percent in the last six years, with Black women disproportionately represented. And more and more of this disparity is shouldered by pregnant people. We are excited that Sen. Skinner has introduced this critical bill to address the egregious housing disparities experienced by pregnant people in California, and Black women specifically.”

Sen. Nancy Skinner represents the 9th Senate District, is chair of the Senate Budget Committee and vice chair of the Legislative Women’s Caucus.