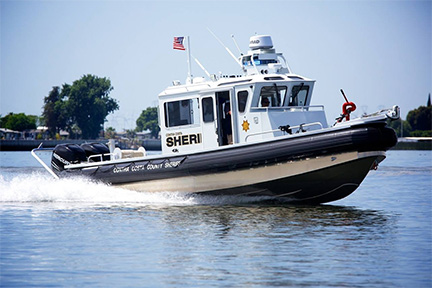 A search for a missing boater is continuing this morning by the Contra Costa County Office of the Sheriff Marine Patrol Unit.

On Thursday, May 28, 2020, at about 10:30 in the morning, the Sheriff’s Office received a report of a missing boater who had gone into the waters in the San Joaquin River, north of Webb Tract.

Umut Felik, a 27-year-old man from San Francisco, was swimming when he apparently had trouble staying above the water. At one point he went underwater and did not resurface. His friends on a boat went into the water to search for him but were not able to find him. They reported the incident to the Sheriff’s Office.

A search of the area with a sonar was suspended at 8 PM. Felik was not located.

Anyone with any information on this incident to asked to contact the Contra Costa Sheriff’s Office Marine Patrol Unit at (925) 427-8507.