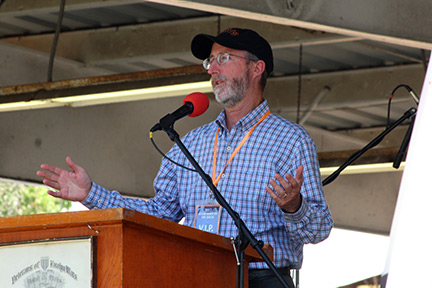 SACRAMENTO – New state employees would be free to opt out of the state pension plan and choose a self-directed and portable retirement plan instead under legislation introduced last week by State Sen. Steve Glazer (D-Orinda).

Glazer’s bill, SB 1149, would offer new employees a 401 (K)-style plan in which their own contributions would be fully matched by the state, at the same level the state now contributes to the California Public Employees Retirement System defined benefit plan.

The big difference is that workers who leave state employment would be able to take with them the entire balance in their retirement plan – including both the employee and employer contributions and investment gains. They could then invest that money with their new employer or on their own.

Under current law, employees who leave state service before retirement can only receive refunds of their own contributions, plus interest.

“This pension reform idea would be good for employees and provide a more stable fiscal foundation for the state,” Glazer said. “This new retirement plan would be especially attractive to millennials who do not intend to work for the state their entire lives.”

Most employees do not spend their entire career in state employment. Glazer said younger employees who work as long as 15 years for the state would likely be better off with their own retirement plan than they would be if they left their money with the traditional pension plan and claimed a pension at their full retirement age.

The change could also make the state’s pension obligations more predictable because the state would no longer be at risk of an “unfunded liability” for employees who choose the new option. Currently the unfunded liability for CalPERS is estimated at about $140 billion. This is the projected cost of pensions that the state has promised employees but not fully funded. The system only has about 68% of the money needed to fulfill all of its obligations.

Under Glazer’s plan, employees who chose the new option would invest their retirement savings in a range of funds coordinated by the state Human Resources Department and geared to investment risk appropriate for different stages in an employee’s career. The state already manages a similar program for employees who invest their own money in the Savings Plus plan.

Glazer’s proposal is modeled after a University of California plan that has been offered to new employees since 2016. According to the university, more than a third of eligible employees hired since 2016 have chosen the new self-directed plan over the traditional pension system.

Several cities in California, including Glazer’s home town of Orinda, offer a 401 (K)-style plan, which pension experts refer to as a “defined contribution plan.” The voters of the city of San Diego and San Jose recently opted to offer only such plans to most new employees. About a dozen other states also have either optional or mandatory defined contribution plans for their employees.

Why would anyone choose this ? Under current pensions they can spike their pension, increase their pension through union negotiations and the state taxpayers would be on the hook for any loses. Real reform needs to be done. The state pension should use the private sector pension rules before this unfunded liability eats away at our public emergency services response.