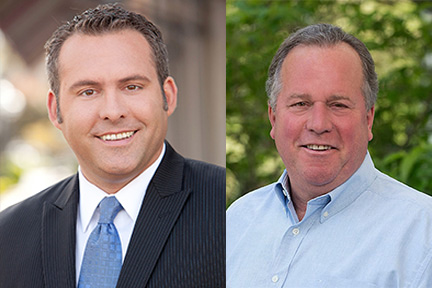 SACRAMENTO – Sen. Bill Dodd and Assemblymember Adam Gray today introduced key amendments to their sports wagering legislation that would lift the practice out of the shadows while generating hundreds of millions of dollars a year to help close a massive state budget deficit caused by the coronavirus pandemic.

“Like many of you, I’m not a gambler but I see how important this is for the well-being of California,” Sen. Dodd said. “Even if you don’t bet there is good reason to support this bill. Revenue from sports wagering will help us avoid teacher layoffs and painful cuts. At the same time, it will allow us to regulate a practice that happens anyway.”

“Gambling is the last thing on the minds of many hardworking families during this time of crisis,” Assemblymember Gray said. “However, the legalization of sports wagering will create much needed revenue for programs in education and public safety at a time when the state is facing down a $50 billion deficit. We can put an end to this black market and restore critical public funding – that’s a win-win.”

Last June, Assemblymember Gray and Sen. Dodd introduced their initial measures and have been working with stakeholders over the last year. Today, significant new language was added including an increase in the tax rate from 10% to 15% as well revised revenue estimates. Tribal casinos and the state’s major racetracks would be authorized to operate sports wagering at their facilities and via mobile devices, with strict third-party age and identity verification.

The inclusion of mobile wagering is essential to convert a substantial percentage of the illegal market and ensure the state realizes meaningful revenue increases. Experts say the California Sports Wagering and Consumer Protection Act would generate $500 million to $700 million in a mature market with at least $200 million expected in the first year.

The bill will be heard Tuesday in the Senate Governmental Organization committee.

In 2018, the U.S. Supreme Court overturned the federal ban on sports betting. The decision did not automatically legalize sports wagering nationwide, but permitted the activity to be regulated on a state-by-state basis. 22 states have legalized sports wagering, and a majority of the remaining states are considering legislation.

Estimates put illegal sports wagering in the United States at $150 billion a year. Revenue generated from legalization could support public education, infrastructure and other needs at a time when COVID-19 has caused a drastic reduction in revenue to state and local governments.

The constitutional amendment introduced by Sen. Dodd and Assemblymember Gray would require any legalization effort in California to be placed on the statewide ballot for voter approval.   The authors are aiming to put the measure to voters in the November 2020 election. Sen. Dodd and Assemblymember Gray chair their chambers’ respective Governmental Organization committees, which oversee gaming regulation, among other things. 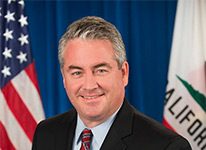