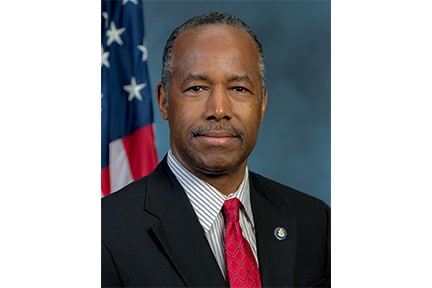 LOS ANGELES – Secretary Ben Carson wrote to state and local leaders in California asking them to re-evaluate the policies that are fueling the homeless crisis in many major cities across the state.

Secretary Carson’s letter is in response to a request for additional Federal funding from leaders in the delegation. In his letter, Secretary Ben Carson provided an update on the comprehensive approve the Trump Administration is taking to address the issue of homelessness.

“Homelessness is devastating for our most vulnerable populations and ending it has been a top priority of the Trump Administration,” Secretary Carson wrote. Almost half of all unsheltered homeless people in the United States are in California, a level about four times as high as California’s share of the overall U.S. population.

“Your letter seeks more Federal dollars for California from hardworking American taxpayers, but fails to admit that your State and local policies have played a major role in creating the current crisis. If California’s homeless population had held in line with overall population trends, America’s homeless rate would have been decreased. Instead, the opposite has happened, as California’s unsheltered homeless population has skyrocketed as a result of the State’s overregulated housing market, its inefficient allocation of resources, and its policies that have weakened end law enforcement”

“Compounding the homelessness crisis, California has undercut the ability of police officers to enforce quality-of-life laws, remove encampments, and connect our most vulnerable populations with the supportive services they need to get off the streets.”

“Illegal and inadmissible aliens are increasing housing demand and draining resources. Instead of protecting the most vulnerable Americans from the economic impact of illegal immigration. California has doubled down on sanctuary State and city policies and provided benefits to illegal and inadmissible aliens. The policies strain precious resources and reduce housing options from American citizens, specially the needy and these most likely to become homeless.”

“The Trump administration is doing its part. California needs to addres the obvious local issues within its control to help address this catastrophe. When California has shown that it is willing to make hard and thoughtful choices to address these issues, the Trump Administration stands ready to support its efforts.”