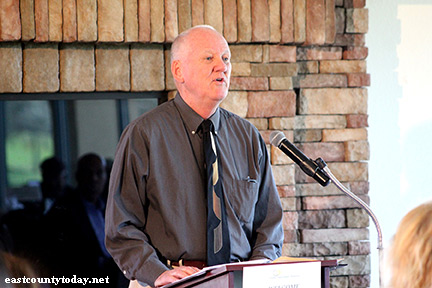 If I had a magic wand to call forth any wish for better schools, it would be for more parental engagement.  Parents constitute one of the three legs of the educational stool, along with students and teachers, but are often forgotten. It, though, takes the three parties working in partnership

I know firsthand what a difference parents can make because of two towns I have lived in.

I grew up in Great Neck, Long Island, a predominantly Jewish community where 90% of the seniors went off to college, mostly to four-year schools. You were tarred and feathered if you didn’t. To give perspective, though the Jewish people comprise about a third of a per cent of the world’s population they remarkably produced perhaps four of the 20th century’s ten greatest thinkers;  Sigmund Freud, Karl Marx, Jonas Salk and Albert Einstein. It is a culture that decidedly honors intellect.

The Great Neck school system ranked in the top ten nation-wide. As an indication, my German teacher spoke nine languages and would go off on long riffs quoting Goethe from memory.

This District was so desired that housing openings were rare. We would, in fact, get notes on our front door mat asking us to call the respective writer if we ever moved.

Later on in life I had my second encounter with an educationally passionate culture, I married a Filipino and have observed how the Antioch Filipino population amazingly scored some one hundred points above the District mean on standardized API testing. It certainly wasn’t the lumpia or chicken adobo that they were eating but parental nurturing. Of study habits doing the trick.

Luckily, one needn’t be an Einstein to follow the basic tips in successfully supporting a child’s education. Here’s a simple guide:

Success is not an accident. It is a planned destination with road signs to follow. As a parent you are your child’s first teacher on their educational journey.

As Crosby, Stills and Nash would have it; teach your children well!