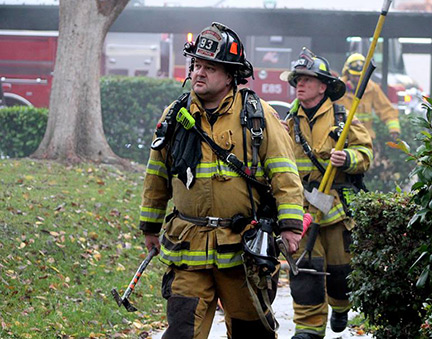 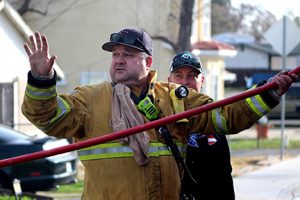 Macumber, who is a 37-year Oakley resident, has 20-years in fire service including starting as a paid-on-call firefighter for the Oakley-Knightsen Fire District. He has served 17-years with the fire district locally and has spent the last 7 ½ years as a captain with the ECCFPD. Prior to starting a career in fire service, he worked two-years with American Medical Response (AMR).

According to the District, a total of six ECCFPD captains applied for the position and Macumber came out on top.

He called the opportunity exciting.

“It’s a new opportunity and a new chapter in my life that is a little bit different. I like challenges and I like being challenged. This is going to be the biggest challenge in my career to date,” explained Macumber. “I accepted a management position leading guys into fires and on incidents. That excites me to get my hands in there and to lead the department into battle.” 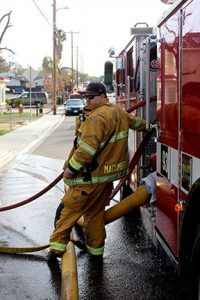 Macumber stated it was a dream of his to become a Battalion Chief which he began working on that goal about 4-years into his career.

“When I started thinking about a career in fire services, about four years in, I always admired the job as a battalion chief because you are working with the guys on the line but also working with management to move the District forward,” explained Macumber.” I always wanted that opportunity and so I started working on that goal. I took my classes, got educated, continued education and training. Even though I am here as a battalion chief now, I am going to continue my training and education because I am excited about the position.”

More than just day-to-day tasks, he is also hoping he can become a mentor figure while working with Chief Helmick and the board on firefighter retention issues.

“I’ve been doing some teaching in the fire academy and I really enjoy working with probationary firefighters, but now as a Battalion Chief, I can mentor all firefighters and have some positive interactions that can help guide their careers,” explained Macumber. “Someday I’ll retire so we need to train them right and keep our firefighters in District long-term. I hope we can begin to work on retaining our firefighters because there are some issues out there with staffing and the losing of stations. I hope to be able to help during the process.”

Even with the stability of the District in question, when he found out he was going to be promoted, he called it a dream come true and accepts the challenge at hand.

“It was exciting and nerve-racking because it’s something you have always dreamed of. When a dream comes true, it’s exciting and I got nervous because it’s real. I am excited for the opportunity to show what I can do and help the district move forward under Chief Helmick.

Chief Helmick stated he has worked with Macumber for the past 20-years and called it a privilege that Macumber qualified and earned the battalion chief position through the application and testing process.

“He ran up against some stiff competition within the organization, the fact that he came out number one after the process stands on its own,” explained Helmick. “I’ve worked with Ross for the past 20 years, the district is privileged to have someone of his caliber coming into this position. He has already brought a good dynamic to the office and I know he will support the members of the district well. Although its an interim position, we look forward to interim Battalion Chief Macumber making it a permanent chief in the future.”

Macumber will fill the position for a six-month period where at that point, the District will appoint another captain to battalion chief for a period of six-months before making a final decision. This coincides with Chief Helmick’s 1-year contract which is for a period of 1-year where he could slip back into the battalion chief position should the district name another chief at the end of his contract.

The East Contra Costa Fire Protection District’s four stations spans 249-square miles and our firefighter/EMT’s serve more than 110,000 residents in the cities of Brentwood and Oakley, the Town of Discovery Bay, the communities of Byron, Bethel Island, and Knightsen, the Marsh Creek/Morgan Territory areas, and all other areas within unincorporated Contra Costa County to the east of Antioch and the southeast of Clayton. 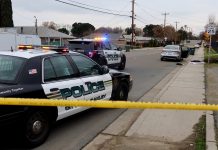