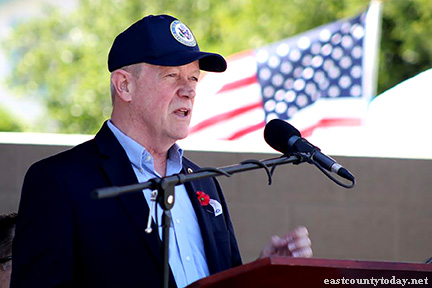 “Today, I had the privilege of joining President Biden as he signed into law the largest federal infrastructure investment in nearly a century. Americans called on us for action, and we answered. ‘Yes’ to rebuilding our communities, ‘yes’ to good union wages, ‘yes’ to expanding opportunity, and ‘yes’ to doing it all while tackling the climate crisis.

“Building back better is no longer just a promise, but a reality that Americans will see throughout their communities and across our nation. I am extremely proud that four bills I authored were encompassed in this historic law. As part of the law’s $65 billion broadband investment, the Digital Equity Act will provide $2.75 billion to help close gaps in broadband adoption and increase digital literacy. Connectivity and digital skills are essential for opening gateways to economic opportunity, and this funding is crucial for lifting up communities across the country – including many in my district. Additionally, the Cyber Sense Act and the Enhancing Grid Security Through Public-Private Partnerships Act will help bolster the cybersecurity of our electric utilities to better secure our grid as we confront a growing number of cyber threats. Finally, the Grid Hardening Act will dedicate $3 billion to modernize the electric grid, including upgrades to increase resiliency against wildfires.”

“Through investments such as the $55 billion allotted to update our drinking water infrastructure and $17 billion marked for ports and waterway enhancements, we will create an average of 1.5 million jobs per year over the next 10 years. Our roads and bridges will be repaired and rebuilt with an emphasis on climate change mitigation, and our commitment to reducing greenhouse emissions will be honored with the largest investment in public transit in our nation’s history.”

6 out of 10 Fentanyl-Laced Fake Prescription Pills...