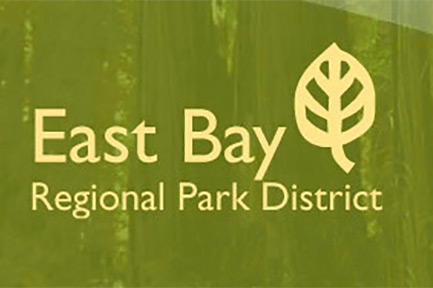 The East Bay Regional Park District has been named the 2018 Legacy Award Winner by East Bay Economic Development Alliance (East Bay EDA) at the annual Innovation Awards held in April at the Fox Oakland Theater. The Legacy Award recognizes organizations with a history of groundbreaking innovation in the East Bay.

As the largest regional park agency in the United States, East Bay Regional Park District leaders have been innovating since its founding in 1934 in the depths of the Great Depression. In fact, it was during this tumultuous time that visionary leaders in Oakland and Berkeley initiated a campaign to tax themselves to create the park system – the very first of many innovations by the East Bay Regional Park District.

Today, the Park District is a national model of park management and environmental conservation consisting of 73 parks and over 121,000 acres across Alameda and Contra Costa counties, hosting 25 million visits annually – roughly the same amount of visitation that Disneyland gets annually! Innovation was part of the Park District’s founding, and it continues to be a driving force for how the Park District operates for today’s visitors and for future generations.

“East Bay Regional Park District is a leader in so many areas among Special Districts and Park/Recreation sectors.  We are always looking for ways to innovate.  The Board of Directors is very proud to receive this Legacy award distinction,” said Park District Board President Dennis Waespi.

Some of the Park District’s innovative management lauded by the East Bay EDA include:

“Having protected, accessible and well managed open spaces embedded into our neighborhoods and employment sectors, for example, helps drive our economy and continued support for funding parks as well,” Doyle added.

The East Bay Regional Park District is a system of beautiful public parks and trails in Alameda and Contra Costa counties east of San Francisco Bay, established in 1934. The system comprises 121,000 acres in 73 parks including over1,250 miles of trails for hiking, biking, horseback riding and nature learning.