Former Mike Hudson campaign manager Rodney Stanhope may be out $25k according to a recent email exchange between he and Mr. Hudson which I have been forwarded. Mr. Stanhope sent an invoice demanding payment for services provided during the Assembly District 11 Primary which Hudson is now refusing to pay.

This email serves as a demand for payment due! I need at least some of what you owe me as a good faith payment! This money is owed based on a Contractual Agreement that you and I both agreed upon and signed! I have given you plenty of time to make payments and you have done nothing! This balance was due since the Primary Election and you didn’t report it as an amendment but just threw it up on your latest 460 as disputed! Which is illegal! There is no dispute. You agreed to a contract and you took 1st place in the Primary! I have done my job and you have yet to pay me!

You also logged into my email system and stole my email list illegally – That list contained non political addresses that you used without permission! This can be done very easy or very badly. I only want the money I am owed! I may even accept a payment settlement if you so desire feel free to make an offer which will require immediate payment if I agree to it!

Here is a copy of the invoice: Hudson Bill

Before I get to Hudsons response, a couple of things here that if true, these are some major FPPC violations in which  may be the fines “by the day”. For example, a false 460 Form is a no-no!  Stealing email lists is also no-no. Even if Hudson didn’t pay the bill, he still knew about the debt and still failed to report it.

You were fired because you broke your contract.

While I appreciate you voicing your concern, I will carefully consider my options over the next 30 days. I will forward this to my attorney and get his opinion. A public trail will certainly include fully disclosing all communications and activities. While I know you have carefully considered this, maybe you should discussing it with your wife.

Until such time as my attorney advises, I have no further comment.

First off, even if Hudson fired Stanhope, he is still responsible for the money that is owed. This isn’t a case of you are fired and no payment is required.  Stanhope earned that money regardless of the quality of work Hudson believes he received which is odd because under Stanhopes guidance, Hudson cruised to a first place finish in the primary which was his job.

This would be like the San Francisco Giants firing Bruce Bochy after two World Series wins in 3 years.

When I questioned Stanhope about the supposed firing, Stanhope explained he was never given notice or a exit letter because he  left the campaign after a falling out on the issue of a part-time legislator.

He explained he has been trying to get paid since June. This shouldn’t have been a problem considering its been reported in the Daily Republic that Hudson raised a total is $108,613 with with $13,104 coming in the last period

According to Stanhope, the rift began just before the Primary as he was encouraging Hudson to support a part-time legislator.

“I asked him to support Assemblywoman Grove’s bill to create a part time legislature and his response shocked me! “There is no F’ing way I’m going to waste my time running for this stupid position so that I can make regular money. I expect to get paid for all this shit”,  said Stanhope.

He explained that once he heard that, he knew he could no longer support Hudson and basically left to pursue better candidates after the June 6 primary.

When asked about Jim Frazier, he was all compliments stating he never had a problem with Frazier, they were simply just opponents on opposite sides. He considers Frazier to be a “blue dog democrat” he can work with and one that the Democrats can also work with. He event went onto endorse Frazier by providing me with the following statement: 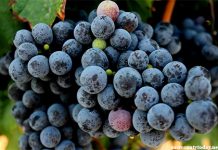