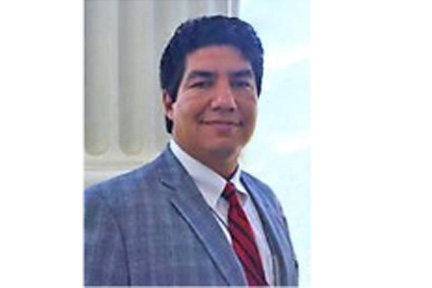 “I have known Eric for many years while he was working with the League of California Cities and then as Assistant City Manager in San Ramon. Martinez is fortunate to have Eric at the helm and I am looking forward to working with him and the City Council to keep Martinez moving forward,” said Mayor Rob Schroder.

Mr. Figueroa –who has served since 2014 as Assistant City Manager for the City of San Ramon –was selected from 35 of candidates in a nationwide search for the Martinez City Manager position. Avery & Associates coordinated the national search.

Prior to his appointment with the City of San Ramon, Mr. Figueroa served eight years as the public affairs manager for the League of California Cities –a statewide advocacy organization for local governments. In that position, he built coalitions with government officials and community leaders in each of the East Bay’s 33 cities including Martinez.

Mr. Figueroa earned a Bachelor of Arts Degree in Economics and Government from Claremont McKenna College and a Masters of Business Administration (MBA) from the Haas School of Business at the University of California at Berkeley.

“I’m very grateful and honored for the opportunity to serve the City of Martinez, which is well-positioned to be one of the Bay Area’s dynamic model communities for generations to come,” said Mr. Figueroa. “With a vibrant and historic downtown, a forward-looking approach to infrastructure and planning, and residents willing to support city initiatives, Martinez stands out as one of the gems of California.”

“I am extremely appreciative of the opportunity and experience I’ve had in San Ramon. I have worked with a fantastic staff here and two of the finest city managers in the state in Joe Gorton and Greg Rogers who taught me how to truly serve the community. My time in San Ramon has well positioned me to work hand in hand with both the resident and business community in order to achieve the goals of the City Council,” he said.

Mr. Figueroa lives with his wife Joanna of 24 years in San Leandro. They have three children. The Figueroa family has a lifelong love of nature, recreation and historic downtown’s.