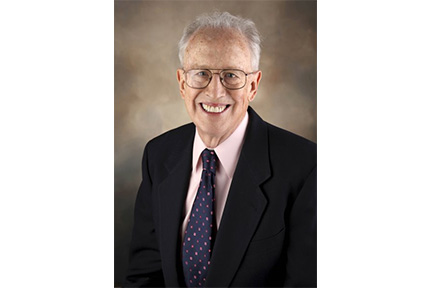 During the Month of June, the East Contra Costa Fire Protection District (ECCFPD) held four Public Meetings, each in a different area of the District.  While the meetings were lightly attended, each was video recorded, and the videos are available on the District Website, so that many more can view them.  At each meeting, Fire Chief Helmick gave a 45-minute presentation on the state of the District, followed by an hour-long Question and Answer session.  The District has laid out the situation fairly and accurately, with much background material available on the District Website.  In July, a single session will be held to begin engaging the public in the development of the ECCFPD Strategic Plan to remedy the crisis level of underservice in the District.

Then there is the Reallocation Gang. They have seized upon an accident of History, and claim their program can easily rectify it.

This group seeks to pressure all the entities that share in the 1% property tax to give up a portion of their funding to the District.  This means the County, the Cities of Brentwood and Oakley, the Community Service Districts, the School Districts, and various other organizations serving the public.  All have refused, due to their own budgetary pressures, and there are formidable legal requirements that make it very difficult for them to do so.  The Reallocation Gang claims this is mere willfulness on the part of local Elected Officials.

In addition to engaging with the Public, the District has—for the first time—been engaged at the State Level.  Fire Chief Helmick and several Board Members (including myself) have been to Sacramento and talked with local Legislators, Legislative Leaders, and the Governor’s Office.  We have told our story, and have experienced the tremendous resistance at the State Level to any notion of reallocation.

We are thus well-versed in the legal and political hurdles at both the State and Local levels.

More to the point: if the Reallocation Gang wishes to force the issue within the other Districts, their members should file for election to the governing bodies of those Districts. Then run on that platform.

The filing period for the November Election extends through August 10th.

Title provided for identification purposes only

Hey Jimmy, get your campaign signs off the Byron HWY and 4

In his letter to East County Today on July 13, ECCFPD Board member Steven Smith referred repeatedly to the members of East County Voters for Equal Protection as a “gang”.

Mr. Smith shows the contempt that many officials have for residents in East County. To Mr. Smith, ECV is not a group of citizens trying to fund the District in a way that is best for the District AND its residents, but a “gang” that will not do what he wants or listen to his monthly pontificating from the dais between naps.

Mr. Smith has been appointed to the ECCFPD Board twice, demonstrating the lack of judgement of the officials who appointed him and, perhaps, why the District has never been appropriately funded. To our knowledge he has not contributed one substantial idea to fund the District in either of his time periods on the District Board.

Thanks goodness the Board is moving to an elected Board in November.

Why not run or start collecting signatures? The lack of funding is a much bigger issue than the current board or future boards. You know that.

The district has already wasted over one million dollars repeatedly asking the taxpayers for more money. They are in the process of “ Educating “ taxpayers spending another quarter million dollars to AGAIN ask voters to pay more. Anyone who wants to help the current taxpayers not pay more for services already entitled from our taxes is welcome. For a sitting board member to slander citizens trying to help will only assist in the failure of the upcoming tax proposals. The Chief is trying very hard to gain allies for the new tax proposal. There is no need for a board member to attempt to discredit taxpayers help. The Chief needs allies not enemies. This article creates enemies.

Is ECT holding back comments that are legit again ?

This type of crap makes for bad journalism. It also hurts the cause.

No, your comment was listed in spam. Probably because of your fake email and fake name. What hurts your case is you operating under a fake account–at least I know who you are from the IP.

My comments are posted immediately, and they have been after my first few comments. I don’t know what the criteria is, but harassing ECT should be against your better judgment.