Lateefah Simon Remains on BART Board 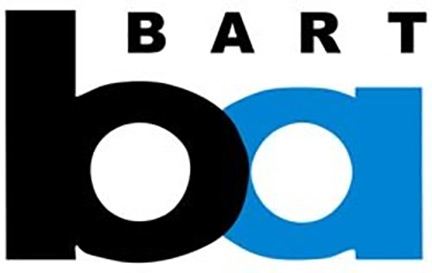 On Wednesday, Bay Area Rapid Transit announced that Lateefah Simon, who was removed earlier this month, will continue to serve on the transit agency’s board.

Simon had been removed after moving out of the District she represented—District 7. She had said she moved from her previous home last year due to threats to her family after supporting police reform. She also claimed BART officials said prior to the move she would still be in District 7—note, BART has a GIS Map on its website which shows her new address falls just outside District 7 and there are two freeways that provide a good geographic barrier to show the District boundary.

Here is the statement

The BART Board of Directors and BART staff are working to address the unfortunate chain of events surrounding BART District 7 and the impact to Lateefah Simon, who has been a champion for BART and our riders. In response, we’ve sought advice from outside legal counsel with expertise in election law to ensure we follow the proper steps moving forward.

Based on counsel’s opinion, Lateefah Simon will continue to serve on the BART Board, as the BART Board of Directors have not made a determination that a vacancy exists in District 7.

BART staff alone are not independently empowered to declare a vacancy in District 7. Formal action by the majority of the Board or an order by a court in a special judicial proceeding, known as a quo warrant to action, is required to declare a vacancy. Therefore, Director Simon remains on the Board representing District 7. Having Lateefah resume her position on the board while this matter is handled by outside legal experts is a win for our riders, the BART District, and specifically the voters of District 7 who elected Director Simon based on her leadership, advocacy, and proven ability to advance equity at BART.

This has been a very difficult situation, especially for Director Simon who moved her family for safety reasons and to live steps away from the transit system she relies on for transportation and that she proudly represents. We want to express our deepest apologies to Lateefah and all stakeholders for how this has played out. BART will continue to work with outside legal counsel through any next steps and we are committed to transparency throughout the process.

On March 11, 2022 BART General Manager Bob Powers issued the following statement on the District 7 board vacancy.

BART has made the determination that as of March 9, 2022, the BART District 7 Board of Director seat is vacant. BART staff has confirmed Lateefah Simon has moved outside the boundaries of District 7.  Based on state law, this move disqualifies her from serving as a BART Director of District 7.

BART will now follow the procedures for filling a board vacancy including a public application process. The BART Board of Directors has 60 days to appoint someone to fill the vacancy. Ultimately, voters will choose a permanent successor.

BART staff will post complete details outlining the process, qualifications, and application in the coming days here on our website.