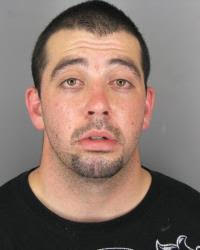 The Lafayette Police Department is currently looking for 28-year-old Alexander William Anderson in connection with a series of property crimes and an assault with a deadly weapon on a peace officer in Lafayette. A $175,000 warrant has been issued for his arrest.

Anderson has previously given police the false name of “Efron Curiel.”

The Lafayette Police Department is seeking the public’s assistance in locating Anderson. He should not be approached or contacted. Anyone with any information on his whereabouts should contact their local law enforcement agency.

The Lafayette Police Department can be reached through police dispatch at (925) 646-2441.