The complaints, unsealed this morning, describe a wide-ranging patients-for-kickback scheme. At the center of the scheme are Amity Home Health Care, the largest home health care provider in the San Francisco Bay Area, and Advent Care, Inc., a provider of hospice care. According to the complaints, all the defendants participated in the scheme whereby Amity, under the leadership of Chief Executive Officer Ridhima “Amanda” Singh, paid kickbacks to marketers, doctors, and other medical professionals in exchange for the certification or referral of patients for home health or hospice services. Also charged are 28 people including doctors, nurses, marketers, a social worker, and additional employees of Amity. According to the complaints, every single defendant charged was recorded by law enforcement officers either offering or accepting, or approving illegal payments for patient referrals.

Title 42, United States Code, Section 1320a-7b, makes it a crime for any person to knowingly solicit, offer, or pay a kickback, bribe, or rebate for furnishing services under a Federal health care program. Because many of the patients were insured by Medicare, a taxpayer-funded insurance plan, the referral of patients through the kickback scheme violated the statute.

“The complaints allege a scheme for doctors, nurses, and other medical care professionals to trade patients for cash,” said U.S. Attorney Anderson. “This is the largest cash-for-patients scheme ever charged criminally in the Northern District of California.”

“The transition to a home health agency should be based on medical and personal needs – not cash payments or thinly disguised referral bribes as alleged in these cases,” said Special Agent in Charge Ryan. “We will continue working with law enforcement partners to guard these vital government health programs as patients and taxpayers deserve better.”

The criminal complaints describe how Amity and some of its employees bribed individuals associated with hospitals, skilled nursing facilities, and doctors’ offices to induce those individuals to send patients to Amity and Advent. Amity and the other defendants often disguised the kickbacks as payroll, phony medical directorships, and, at other times, as “entertainment,” reimbursements,” “gifts”, or “donations.” Further, several of the defendants are doctors and other health care professionals who allegedly received bribes in exchange for making referrals to Amity and Advent and other home health agencies so that the companies could provide and bill for services. In the case of Amity, Singh and her employees allegedly compensated these professionals in cash for each patient referral and for making introductions to physicians, case managers, or other health care professionals who could refer patients.

In addition, some of the defendants are described as “marketers.” Marketers received from Amity and others cash and gifts, such as tickets to Warriors games, in exchange for patient referrals. Marketers had clients that consisted of case managers at hospitals, social workers at skilled nursing facilities, doctors, and office staff at doctors’ offices. Singh allegedly instructed marketers to take clients out to elaborate meals, sporting events, and purchase gifts for individuals willing to provide Amity with patients, mainly Medicare patients. When patient referrals were slow, Singh allegedly directed the marketer to incentivize clients with gifts in an effort to induce them to refer more patients to Amity.

In sum, the following individuals and companies have been changed in the scheme:

The prosecution is being handled by the Office of the U.S. Attorney, Northern District of California’s new Corporate Fraud Strike Force and is the result of an investigation by the FBI and HHS-OIG. 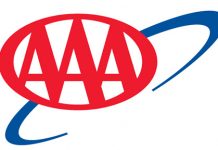