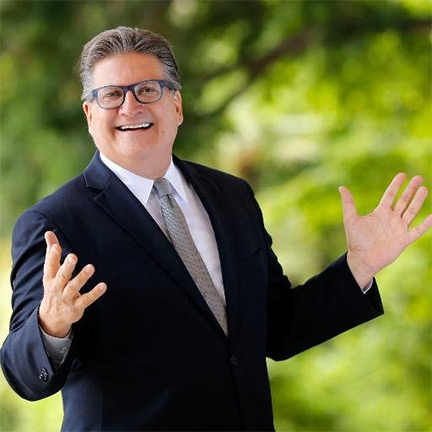 The Trump tax law will have a profound impact on California families. By eliminating the individual mandate for health care insurance, Californians can expect their premiums to increase. By capping the mortgage interest deduction and limiting deductibility of state and local taxes, the Trump tax law will increase taxes on many working California families. Finally, the federal changes will add $1.5 trillion in debt to the federal deficit, reducing critical services here and in other states.

“The federal tax reform plan is disastrous for California. Working class Californians will pay more taxes under the plan, and it will only exacerbate the volatility of our state budget,” Hertzberg said.

Revenue collected under Senate Bill 993 will be used to provide tax relief to middle-income and low-income Californians negatively affected by the Trump tax law. It will also be used for California infrastructure, workforce development, and to support education at all levels.

SB 993 places a modest tax aimed at high-end business services, such as those provided by lawyers, consultants, and accountants for corporations and other high-income businesses.  Such a tax broadens California’s tax base and begins to rebalance the state’s volatile fiscal formula. Importantly, the impact on businesses subject to the new tax would be minimal because they can continue to deduct these costs on their federal taxes.

49 states tax services, and 43 of those states tax more services than California does. In Hawaii, for example, there is a four percent tax on legal and accounting services. In New Mexico, large businesses that employ accountants incur a five percent service tax.

Hertzberg has been working on solutions to improve California’s tax system for a decade through various legislation and his participation on the Think Long Committee for California. This solution could work in tandem with other statewide proposals, including Senator Kevin de León’s recently introduced tax plan, to stabilize California’s budget with new revenue sources that provide the fiscal room to fund essential services and provide tax relief to those most hurt by the Trump tax law.

“I have been working on this issue for years,” said Hertzberg. “The severe impact of the Trump tax on California means now is the time to bring this idea to life, in a way that is smart and creates lasting improvements to our tax system.”

According to the Bill:

(a) On and after January 1, 2019, in addition to the other taxes imposed by this part, a sales tax is hereby imposed the purchase of services by businesses in California at the rate of ____ percent of the sales price of the service.

(b) The tax shall be collected and remitted by the seller of the service purchased by a business for benefit or use in California. In cases where the service benefits or is used by a purchaser’s California and non-California operations, an appropriate share of the services shall be apportioned to California for purposes of determining the tax.
(c) The following are exempt from the tax imposed by this section:
(1) Health care, education, and child care services, and interest and insurance payments subject to the gross premiums tax.
(2) A business with gross receipts of less than one hundred thousand dollars ($100,000) in the previous four quarters.

6307. (a) The Retail Sales Tax on Services Fund is hereby created in the State Treasury.

This act provides for a tax levy within the meaning of Article IV of the California Constitution and shall go into immediate effect.

Voters Will See New Language on Election Materials, Including Chinese

Are you out of your F’n mind? A tax to lower our taxes? Dems continue to demonstrate new ways to screw up the Golden State.

California Dems at their best. Tax, Tax, Tax, and more Tax. Vote these idiots out.

Who elected this clown? What a idiot!

Wasn’t this the same bozo who wanted a bill passed to forgive the payment of traffic tickets?