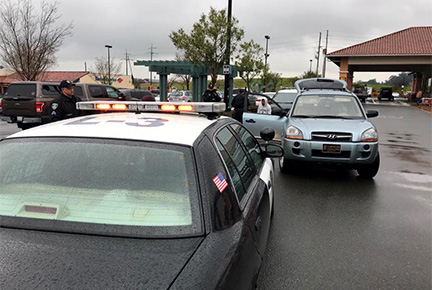 On Tuesday afternoon Hercules Officers responded to a shop lifting in progress at The Home Depot, four subjects being belligerent inside the store were seen taking some gloves.

Police said that upon contacting the four suspects, they determined they were in a car that had been stolen out of Clayton that morning, and being driven by a suspect, Joshua Leslie Vieth (44 yrs old from Pittsburg) who had three outstanding warrants for prior auto thefts.

Police said a stolen pair of gloves resulted in a car thief going to jail, but more importantly a theft victim getting their car back.

If you have warrants out for your arrest, and you’re driving a stolen vehicle, shoplifting is even more stupid. Enjoy jail.

But he dintdonuttin.
Aspiring rapper turning his life around.
Always picking on him.

You always talk about rappers yet don’t comprehend the artistry behind it. Even a black person playing a piano would be enough to blow your mind. Do yourself a favor- move to the south, marry your cousin, and get away from the progress that is 2019.

The mans surname is VIETH— which means German/Austrian ancestry. So he’s white. Take your loss and go abuse your wife/kids/dog already.

Crystal meth is the devil!