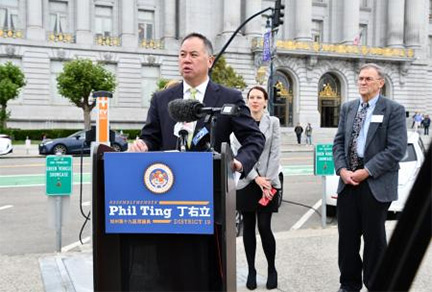 On Friday, Governor Gavin Newsom vetoed a bill that would decriminalize jaywalking called the “Freedom to Walk Act” which would legalize safe crossings by pedestrians.

According to the Governors Veto Message:

To the Members of the California State Assembly: I am returning Assembly Bill 1238 without my signature.

This bill would authorize jaywalking and prohibit any related fines or criminal penalties for pedestrians entering a roadway when no cars are present, until January l, 2029.

I want to thank the author for bringing this important issue forward. Unequal enforcement of jaywalking laws and the use of minor offenses like it as a pretext to stop people of color, especially in under-resourced communities, is unacceptable and must be addressed. While I am committed to tackling this issue as part of our continued work to reduce excessive use of force and bias, I cannot support this bill in its current form.

I am committed to working with the author, the Legislature, and stakeholders on legislation that addresses the unequal enforcement of jaywalking laws in a manner that does not risk worsening California’s pedestrian safety. In the meantime, I strongly encourage local governments to conduct a review of the demographics and enforcement levels of jaywalking in their communities and to identify and address concerns at the local level as appropriate.

The bill, AB 1238, was introduced by Assemblyman Phil Ting (D-San Francisco) because he said jaywalking is arbitrarily enforced throughout the state, and when cited these expensive tickets are disproportionately given to people of color.

“California’s jaywalking laws are outdated and not enforced fairly across our communities. These laws do not protect pedestrians and instead burden people with unaffordable fines and subject marginalized communities to harassment by law enforcement. Unfortunately, some of these encounters with law enforcement become life threatening,” said Ting.

AB 1238/The Freedom To Walk Act promotes the fair and equitable use of roadways by:

The bill does not change existing law already requiring pedestrians to avoid potentially hazardous situations on roadways. If law enforcement finds someone crossing when it is unsafe to do so, they still retain the authority to cite and/or fine the person under this legislation.

The numbers behind police stops for jaywalking are just as telling. From 2018-2020, data compiled by the California Racial and Identity Profiling Act shows Black Californians are severely overrepresented when it comes to being stopped for jaywalking, up to four-and-a-half times more than their White counterparts.

Jaywalking laws were enacted in the 1930s by the emerging auto industry, which saw the number of deadly car accidents skyrocket in the prior decade and wanted to shift the blame from drivers to pedestrians. Over the years, street designs primarily considered the needs of drivers, failing to account for people who aren’t in cars.

In March, Virginia became the first state to decriminalize jaywalking. The New York Attorney General recommended last summer that its state do the same.

So let all the prisoners out but worry about jaywalkers…