On Saturday, Governor Gavin Newsom contrasted comments made by President Donald Trump by saying he did not anticipate NFL games with fans in the stands this fall when the season was set to begin.

The question was raised by The Atlantic’s Ronald Brownstein who asked about the presidents’ comments after he said he believes the NFL season would begin on time in September and with fans in the stands.

Here is Newsom’s full response to the question:

“I am not anticipating that happening in this state. Let me tell you why, we’ve all seen the headlines the last couple of days in Asia where they were opening up certain businesses and now they’re starting to roll back those openings because they’re starting to see some spread, there’s a boomerang. One has to be very cautious here, one has to be very careful not to over promise. It’s interesting, I have a lot of friends that work in Major League Baseball and in the NFL, they’ve been asking me – in fact, a well-known athlete just asked me – a football player – if he expects to come back. I said I would move very cautiously in that expectation, so look I’m not here to second guess anybody, but I am here to say this, our decision on that basis, at least here in the State of California, will be determined by facts, will be determined by the health experts, will be determined by our capacity to meet this moment, bend the curve and have the appropriate community surveillance and testing to confidently determine whether that’s appropriate and right now I’m just focused on the immediate, but that’s not something I anticipate happening in the next few months.”

Here is the full press conference from Saturday, for the sports question, the time-frame is at the 36-minute 34-second mark. 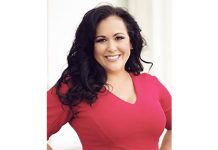