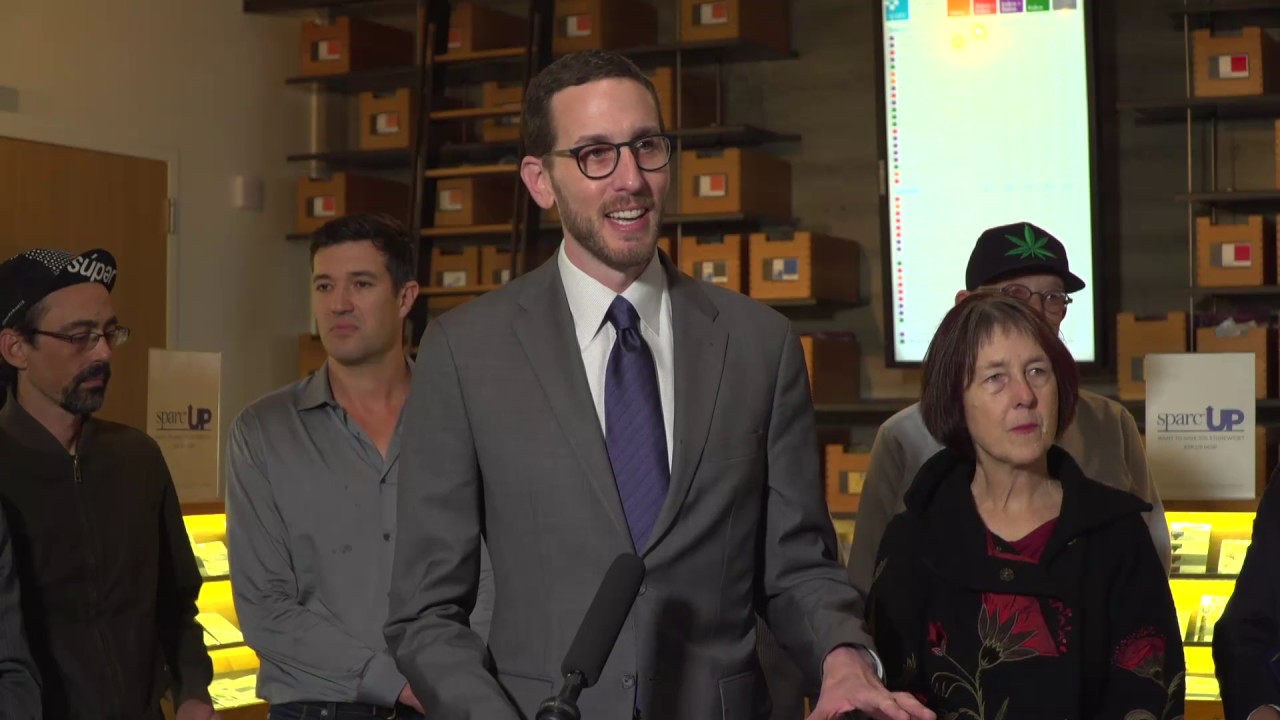 The bill is being re-introduced because Governor Jerry Brown vetoed the bill, even after the State Legislator overwhelmingly supported it with a 35-2 vote in the Senate and a 73-3 vote in the Assembly.

Wiener said Thursday that they have strong bipartisan support because it was not a controversial bill and believes they had a real shot at Governor Gavin Newsom signing the bill because he has been a supporter of access to cannabis including medicinal cannabis.

The Bill, which does not yet have an identifying number, will be re-introduced in the same form as SB-829 which aims to eliminate the more than 25% tax on medical cannabis which impacts growers, manufacturers, and transporters who also pay steep taxes on donated charity cannabis.

According to Wiener, the bill is to ensure low income people with serious illness can receive free donated medical cannabis. Currently, the law subjects these types of programs to taxes which means they are closing down since they haev no revenue. This bill would exempt them from taxes.

“On Monday, when the legislator reconvenes, we will be introducing a new bill, we don’t have the number yet, we will get that Monday, that will be the same as Senate Bill 829, which the Senate passed this year overwhelmingly, it was almost unanimous with strong bi-partisan support which was unfortunately the Governor vetoed,” said Wiener. “The Governor is entitled to his opinion and I respect that but I respectfully disagree. This is an incredibly important issue making sure that low income people who are suffering from health conditions are able to continue to receive their medicine, their medicinal cannabis. And right now, we have a big problem where they are not access their medicine.”

During the Press Conference, Wiener stated he was a strong supporter of Proposition 64 but one of the oversights was applying cannabis taxes to compassionate care programs—that giveaway and donate medical cannabis to low income people without charge.

“In the 1980s and 1990’s, these programs played a critical role for people living with HIV and Aids and allowing people to be healthier and improve their quality of life,” said Wiener. “Many people rely on these programs because they cannot buy medical cannabis.”

Wiener further explained by applying state taxes to free cannabis, these programs have no revenue, they cannot afford to pay these taxes, so they are shutting down and it creates a lack of access.

“This bill will exempt compassionate care programs from state taxes and will allow these programs to exist,” said Wiener. “This is one of those bills and the reason we are introducing it as quickly as we possibly can, and move it as quickly as we possibly can is that its time sensitive. This is effecting real people living with HIV, with cancer, people with glaucoma, veterans, children with significant health problems, seniors.”

Senator Nancy Skinner, who also was at the Press Conference, stated that there are people who need medical marijuana as an essential form of their medical care—a child or senior.

“I want to remind us, that the first initiative that passed California was medical cannabis,” stated Skinner. “Some people may think it was written that way just because we weren’t yet tolerant to make recreational okay. You can argue that, or you can say no there was the recognition than medical cannabis has an real and legitimate essential role. Now we have come to the point where its become blurred and I don’t want to blur that because as California is the leader in so many things, we want to be the leader in getting the US to acknowledge the necessity of medical cannabis.”

Skinner further highlighted how the FDA could one day recognize it so that all the different conditions could be addressed through research and is supported.

“We are making a distinction just like we don’t tax prescription drugs, we should not tax medical cannabis,” said Skinner.  “While it is focused on the compassionate care program, that is very important because our low income people are on medical and you get a subsidy for your medicines and you are not taxed on that, similarly that is what we are trying to strive for with medical cannabis.”

San Francisco Board of Supervisor Rafael Mandelman called this an important bill.

“It is a new era in California and in San Francisco, we are doing god work to move forward with adult use and getting a point where we can allow this new industry to fully come out of the shadows to prosper, create jobs and create new opportunities,” said Mandelman. “I remember when Prop 64 was happening and there were patients who came to us and expressed their fear of what it would mean for medical cannabis and it is so right and good you are taking the cause

The bill will be re-introduced on Monday.

Dec. 8: Kiwanis Club of the Delta Set for Holiday Run and Walk for Health

The don’t have to pass any bill …….. dronabinol, marijuana in a capsule form, has been around for years and is much more effective than smoking the crap and it doesn’t make one high.

Dronabinol and Marinol are synthetic analogs of cannabis and nothing like concentrated pure cannabis. Yea we all know about CBD, CBG, etc. that don’t get you “high” blah blah blah.

The dronabinol is much more effective in managing pain and the affect lasts longer than smoking the vile stuff and harming your lungs! The objective is to ease the pain, NOT get stoned-to-the-gills.

Do these low income people get marijuana which is of LOW QUALITY? One kinds of goes with the other.

Nothing is “FREE” — Someone has to pay for it! Is the taxpayer picking up the bill?