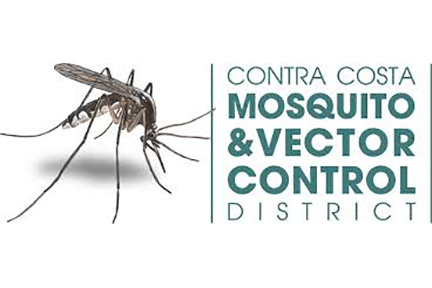 The District urges county residents to use precautions to prevent mosquito bites as hot weather accelerates mosquito development and virus growth and may put residents at higher risk of mosquito-borne disease.

According to the District’s Scientific Programs Manager Steve Schutz, Ph.D., “Warm weather is conducive to virus transmission, and we have seen moderate levels of West Nile virus activity in warmer areas of our neighboring counties in the Central Valley and Delta over the past few weeks, so it is not surprising that we’re now starting to detect the virus here as well.”

The District maintains flocks of chickens in Contra Costa County. District employees take a small blood sample from each chicken, specifically during the warmest months of the year, when West Nile virus is most active. When a chicken is bitten by an infected mosquito, the chicken develops antibodies to fight off the virus. Samples that test positive for antibodies provide evidence of virus activity in specific areas of the county and help the District determine locations for prevention and control efforts.

This year, chickens are the first to provide evidence of West Nile virus, while in previous years, chickens typically tested positive later in the year.

“We usually detect the virus in dead bird samples first, but so far this year we have been receiving relatively few dead bird reports from the public,” said Schutz.

Birds that may be susceptible to the virus, such as those in the corvid family, particularly ravens, crows and jays, when infected can die providing early evidence of West Nile virus in the county.

The District asks residents who find a dead bird to report it to the statewide West Nile Virus Hotline online or by calling (877) WNV-BIRD (968-2473).

Residents can reduce their risk of contracting West Nile virus and other mosquito-borne diseases by:

Since 2005, 63 people in Contra Costa County have been diagnosed with West Nile virus. In 2006, two people died from the disease. For current human case information, please contact Contra Costa Health Services at 888-959-9911.

Contra Costa Mosquito & Vector Control District, an independent special district and public health agency, is located at 155 Mason Circle in Concord. Contact the District to report mosquito problems online or at (925) 685-9301. Visit the office between 8:00 a.m. and 4:30 p.m. to get FREE mosquitofish for ornamental ponds, horse troughs or neglected swimming pools.