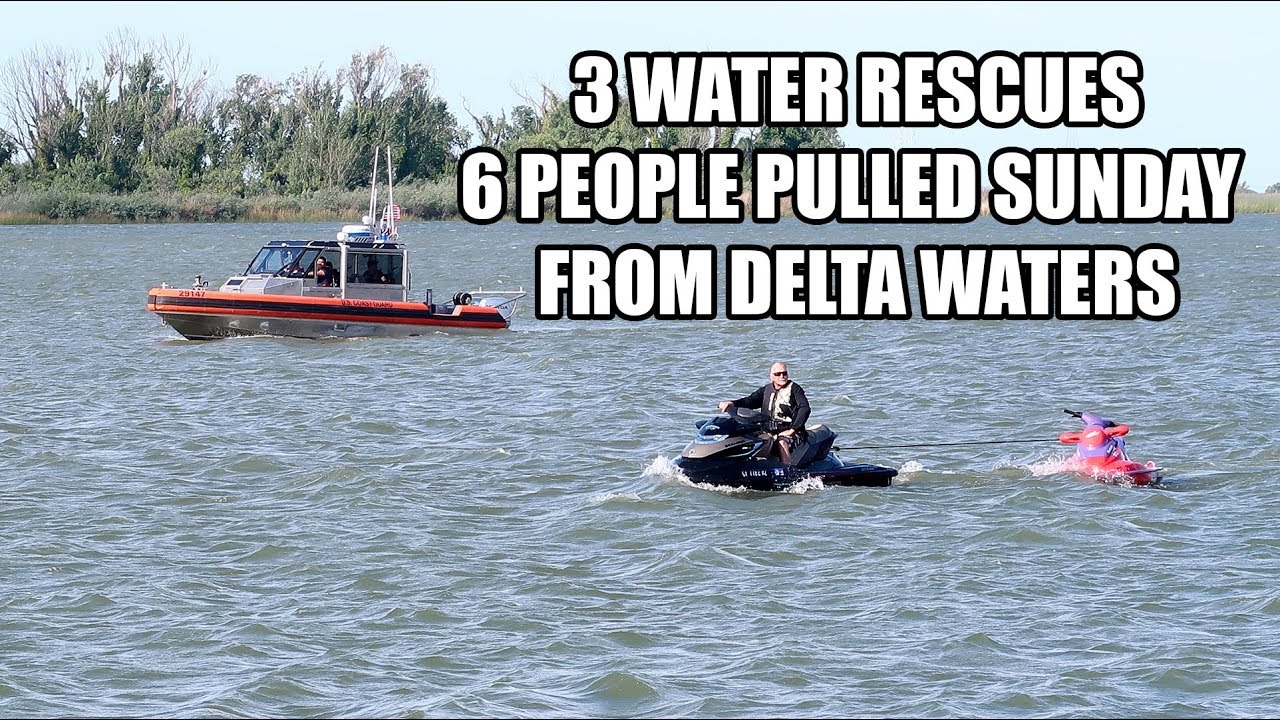 On Sunday May 5, Contra Costa County Firefighters responded to a total of 3 separate water rescues on the California Delta and pulled 6 people from the water in the areas of Antioch and Pittsburg.

The first rescue came in at 7:55 am where a 21-ft sailboat was reportedly being blown into rocks and the subject on the boat reported that they were in distress and needed an assist. Firefighters searched the area near the Antioch Bridge before finally locating the man on the Delta near Sacramento River and Sherman Lake.  1 male was pulled from his boat and brought to the Pittsburg Marina with no reported injuries.

Rescue No. 2 of the day (no video) occurred near the Pittsburg-Marina across the delta where they pulled 1 person from a boat.

Rescue No. 3 occurred at 4:09 pm where it was reported that 2 jet skis both overturned and four people were on the water drifting at a high-rate of speed. Both Contra Costa County Firefighters and the US Coast Guard responded. A good Samaritan picked up two subjects and brought them to the Antioch marina. Two other riders were later located and taken to the Fulton Shipyard Boat Launch where AMR treated 1 man who was later transported by AMR, 3 patients required no medical attention. Both jet skis were recovered.

Average Cost of Gas in California is at $4.09

Did anyone get lost?