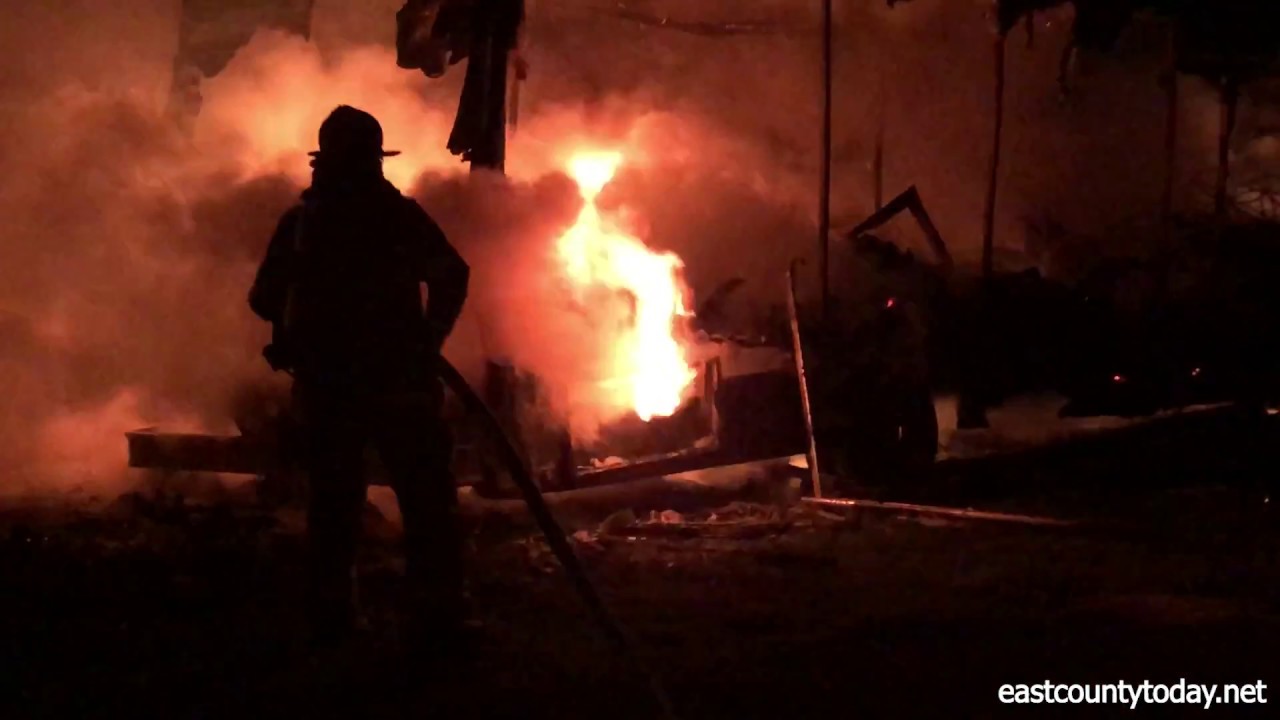 At 9:59 pm Thursday March 29,  East Contra Costa Fire Protection District firefighters responded to a report of a fully engulfed motor home on the 2500 block of Taylor Road on Bethel Island.

Upon arrival, Engine 53 found the fully involved motorhome with an exposure threatened. A stetch line was used to protect the exposures and known down the fire with the assistance of Contra Costa County Fire Protection District Engine 88.

Crews were able to knock down the fire in about 15-minutes. In total, a motorhome, a boat, and two cars were deemed a total loss with an estimated dollar amount of $50,000.

No injuries were reported. According to Battalion Chief Jeff Burris, the fire was “suspicious” in nature and is under investigation with the Contra Costa County Sheriffs Office.

If the fire is “suspicious” the first thing I think of is ARSON.