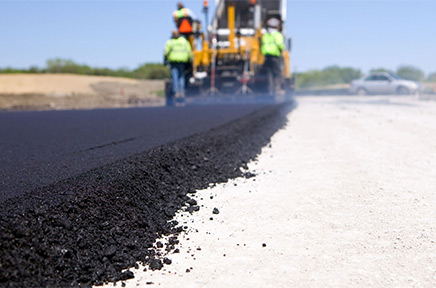 Data released by the Metropolitan Transportation Commission (MTC) showed the regions 2021 pavement condition index (PCI) score at 67 out of a maximum possible 100 points.

With over 44,000 lane-miles throughout the Bay Area, results over the past three years were included and for the sixth consecutive year Bay Area streets and roads have registered an average score of 67 and showcased the challenges by city and county public works departments.

PCI scores of 90 or higher are considered “excellent.” These are newly built or resurfaced streets that show little or no distress. Pavement with a PCI score in the 80 to 89 range is considered “very good” and shows only slight or moderate distress, requiring primarily preventive maintenance.  The “good” category ranges from 70 to 79, while streets with PCI scores in the “fair” (60-69) range are becoming worn to the point where rehabilitation may be needed to prevent rapid deterioration. Because major repairs cost five to 10 times more than routine maintenance, these streets are at an especially critical stage. Roadways with PCI scores of 50 to 59 are deemed “at-risk,” while those with PCI scores of 25 to 49 are considered “poor.” These roads require major rehabilitation or reconstruction. Pavement with a PCI score below 25 is considered “failed.”

In Contra Costa County,  Orinda (83) and Brentwood (81) were the only two jurisdictions to reach a “very good” rating.

Here is a look at the scoring specific to Contra Costa County:

According to MTC,  the typical stretch of roadway showing serious wear and likely to require rehabilitation soon.

“The new pavement data is a bit of a mixed bag,” commented MTC Chair and Napa County Supervisor Alfredo Pedroza. “The good news is that our counties and cities have been able to prevent major deterioration, thanks in large part to the state gas tax money they receive through the SB 1 local streets and roads program. The bad news is we’re still a long way away from our goal of bringing the Bay Area’s streets and roads into a state of good repair, which would raise the regional average into the mid-80s.”

“We’re proud to be picking up the pace for implementing our equity-driven paving plan,” said Oakland mayor and MTC Commissioner Libby Schaaf. “We’re delivering swift improvements with an approach that is recognized as a national leader in directing resources where they are most needed to provide all communities with the smooth, safe streets they deserve. Our progress is possible because Oakland’s voters made a game-changing investment by passing the Measure KK infrastructure bond in 2016. Oakland’s streets were badly underfunded for decades and there is much more work ahead of us. But we’re confident we’ll have the appropriate resources to continue making major progress together.” .

The Marin County city of Larkspur, which twice in recent years passed local sales tax measures dedicated to rehabilitating the city’s 65 lane-miles of streets, is the only Bay Area city to outpace Oakland’s year-over-year improvement, recording an 11-point increase to 76 last year from 65 in 2020. As recently as 2017, Larkspur registered one-year PCI scores in the “poor” range.

Cupertino once again tops the list of Bay Area pavement rankings for the 2019-21 period, with a three-year moving average PCI score of 84. Other cities with three-year PCI scores in the “very good” range include Orinda and Palo Alto (83); Dublin (82); Brentwood (81); and unincorporated Solano County (80).

The lowest-ranked pavement in the Bay Area was found in Pacifica, which recorded a PCI score of 42 for 2019-21. The only other jurisdictions with three-year average PCI scores in the “poor” range are Petaluma (44), Sebastopol and unincorporated Napa County (46), and Vallejo (48). The three-year moving average PCI score for the nearly 2,700 lane-miles of rural roads in unincorporated Sonoma County last year moved one point higher into the “at-risk” range (51) after many years in the “poor” bracket.

The complete 2021 Pavement Conditions Summary may be accessed from the MTC digital library. The summary includes percentages of local roadways in various conditions, and a listing of average PCI scores for the arterials, collector roadways and residential streets for all Bay Area counties and cities.

Thought the CA gas tax hike several years ago was supposed to go towards roads and infrastructure. Guess it went elsewhere than where it was supposed to go…. One of the highest gas taxes in the nation and we still have dirty trash filled roadways full of cracks and potholes.