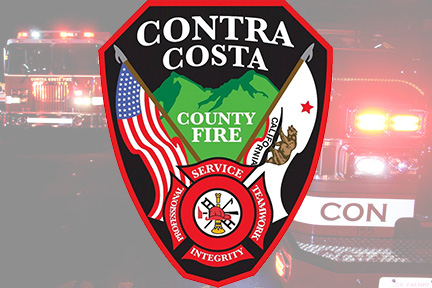 “Quick work of our investigators in close coordination with law enforcement partners resulted in the identification of seven arsonists threatening our communities in January and February,” said Captain Ryan Graham, Supervisor, Con Fire’s Fire Investigation Unit. “Community involvement is critical to solving cases of arson and the residents of Contra Costa County can help protect us all by confidentially providing arson-related information to the Arson Tip line at 1-866-50- ARSON.”

Investigations continue in some of these cases with further charges expected to be filed. All the cases will be forwarded to the Contra Costa County District Attorney’s Office requesting prosecution for arson charges.

Summaries of each of the 30-plus-day-period’s arson arrests:

Con Fire’s FIU urges residents to help them fight the crime of arson across the county by calling the Arson Tip line at 1-866-50-ARSON. They caution residents not to hesitate on information that seems too little or unimportant to matter, adding some of the most valuable tips come from residents who were not aware what they saw was very important to the investigation of an incident.

At 1-866-50-ARSON, residents can leave a recorded message about fire-related criminal activity in English or Spanish. Tips can be anonymous, but all tips are treated confidentially. Fire investigators sometimes need additional information, so inclusion of name and phone number is encouraged.

About Contra Costa County Fire Protection District (Con Fire)
Con Fire provides fire and emergency medical services to more than a million people across its 304 square-mile District area, and through mutual aid, in and around the 20 cities and unincorporated communities of Contra Costa County, California. With few exceptions, county emergency ambulance transport services are provided by Con Fire through its unique sub-contractor Alliance model across the District and beyond to include some 520 square miles of the county. In 2018, the District responded to nearly 75,000 fire and EMS emergencies and dispatched some 95,000 ambulances, providing expert medical care on more than 74,000 ambulance transports. The District, with 26 fire stations and more than 400 employees, is dedicated to preserving life, property, and the environment.

Isn’t that nice? You live in an apartment building in Walnut Creek and some bozo sets the place on fire because he had a fight with his wife! I wonder if those people occupying the 45-unit building with sleep peacefully again!