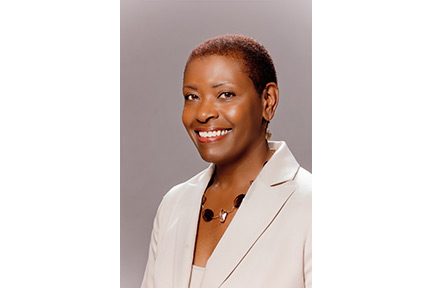 The County agreed to pay the five plaintiffs a total sum of $2.2 million dollars, which includes  costs and attorneys’ fees.

The settlement resolves all claims and includes a dismissal of the lawsuit. The County felt this was the best approach to allow the District Attorney’s Office to move forward.

According to the lawsuit the District Attorney favored men and younger attorneys and this was set to go to trial in October–the complaint highlights several instances of less experienced men being prompted over the women–two who were previously accused of sexism.

According to the court documents, it stated that Diana Becton and the District Attorney’s Office acted in “bad faith” tactics and keeping records under seal during an election to prevent the public from reading them during an election.

Per page 65, the court documents show:

“It is also possible that this tactic was aimed at keeping potentially inflammatory deposition testimony from the public during a hotly contested election battle between Becton and Knox. Of course, it that were the purpose of Defendants’ conduct it would fly in the face of the principle that the public has an important right to this information.”


According to the complaint:

“Instead of building on gains made by the women in the office, Becton has reversed progress for women and has engaged in a pattern and course of gender and age discrimination by systematically demoting and failing to advance, promote and assign supervisory roles to qualified and accomplished prosecutors who are women, particularly, if those women have significant prosecutorial experience and tenure.”

“Under Becton, women in the DA’s office have been stripped of the opportunity for career-advancing unit and supervisory assignments, case and specialty assignments, particularly in assignments to committees, training and leadership roles. Becton has promoted and assigned supervisory roles to significantly less qualified and less experienced men in contravention to Becton’ s promise to remedy the bias and discrimination against women in the office. Under Beeton’s administration, hard-fought gains which had been made by female prosecutors for representation in management have been obliterated.”

Update: Suspect in Custody After Shots Fired Near Jack London Elementary in Antioch

Park District and Save Mount Diablo Partner on...

So she was hired because she’s a woman. Now it makes sense

It’s a shame where people’s envy of another leads them. I’d like to know if these individuals next job, church, group, or ect has systemic gender inclusiveness. This is nothing more then political envy and greed at the cost of our tax payer money. Some of these people don’t even live in CoCo county… I.e. Piersig. I don’t agree with Beacon’s admin at all but if judges can get a slap on the wrist for profiting billions on sending kids to jail and y’all mad someone gets released as soon as they get in jail or 6 months then we’re all doomed. Shame on the BOS for approving this without any concrete evidence. Knox has been there for years and all of a sudden she wants to file this? Think about that.

The more you know….
All of these politicians are shady n crooked.

@RefinedWatch. Envy? Envy of a Soros-backed hack with no successful prosecutions, who sleeps at her desk during work time, and has parties at her home during Covid when we were all ordered to stay home and shelter in place? Not likely envy. More like disgust.
Maybe Mary and the other plaintiffs got tired of the political BS hires and transfers and used the court system to draw attention to it.
And how do judges profit from sending kids to jail? If there wasn’t evidence, the BOS wouldn’t have settled. Think about that.

Are you serious!? Give 2.2 million dollars of Tax Payer dollars to Politicians who don’t like each other. Talk about corruption! This makes me so sick. Please give that money to the homeless of Contra Costa, before you ever
give it to the corrupt politicians.