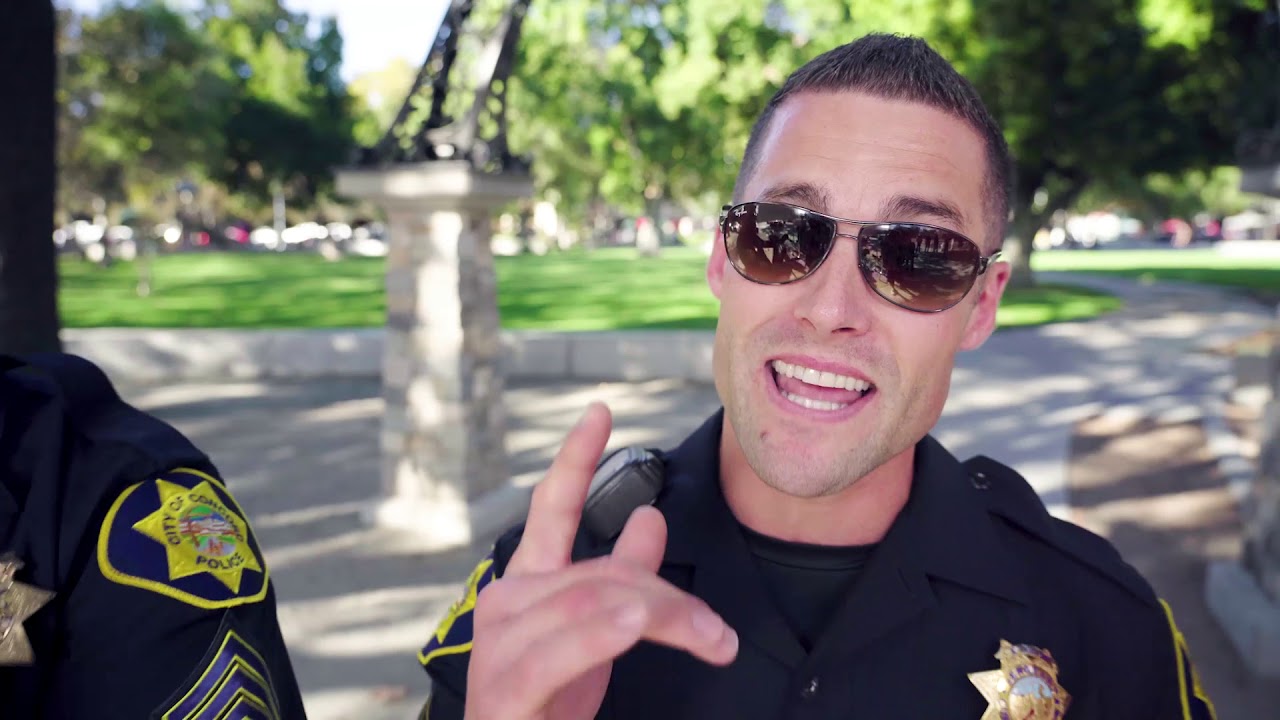 The Concord Police Department released the latest lip sync and dance video on Thursday to the hit song “Bailando”.

Concord Police reportedly brought in a professional firm and production company to film the video and were joined by the Monument Crisis Center and members of the community.

According to Captain Roche, the video was shot over a 2-day period in early October at a cost of $34,000. He explained a majority of the filming was done on day one and more of the police vehicles driven around occurred on day two.

Roche says the funds were used from non-general fund money and instead from funds they acquired from “drug dealers” where police get a portion back of the money they seize in an arrest and seizures.

Roche says it was decided they would spend the funds on something for the community. They worked with Monument Crisis Center who picked out the song because 25% of Concord is Hispanic.

The goal of the video was aimed at communicating the importance of community partnerships.

To view the video, you may watch it on the Concord Police Facebook Page.

Cops and Lip Sync is a cute trend, but 34K for a video is ridiculous. We pay our taxes for Police Officers, to police and enforce our laws.

So I guess spending money on a video for the community that people will watch once is more important than maybe donating the 34k to the community or the crisis center where it would actually make a difference. I’m sure it cost more than 34k and some tax dollars as well because I’m sure all the officers weren’t off duty at the time it was filmed and the cost of gas didn’t get separated out. What a joke and waste of money.

Wtf?!?!? Really trying to justify spending 34k on a lip sync video?!?!? I am dumbfounded by this, couldn’t they have found something else to do with 34k

They could’ve spent 34K on something more important. I hope they had fun.

Good Lord…..that front officer doing the main song part is just yum. Delish for sure. He can frisk me anytime lol

I liked the video, but whoever wrote this article could have tried harder to get more facts and overall it should have been written better before publishing.

We were at todos Santos when they were filming. Our family enjoyed it. Good for the community. Keep up the good work.

Waste of money. Could have just had an officer video it and cost could have been $0.00 put them money toward helping the homeless in their city smh

That money could have been better spent on some sort of homeless services! Winter is apon us! It’s wet and cold outside! 34,000$! ON A VIDEO! GET YOUR PRIORITIES STRAIGHT!

Concord PD….come on man! Should have been like Berkeley PD or San Jose PD and not spend one dime or any officer’s time on this. There are better ways to spend that money. At the very least don’t publicize that u spent that much.

But, it is a very good video! Lol.

Since when is the police’s perogative to spend confiscated funds? Do your jobs and quit the cutsie stuff at taxpayers’ expense. It’s not your money and the Mayor and City Counsel should ask the City attorney to file suit! Total BS and the “approving officer” lacks judgement!

Yup, a in your face blatant waste of public $$$$. I’d be a pissed Concord resident too. I support the blue 100% and think cops in general have one of the worst jobs in the country. To perform their duties well daily, I greatly appreciate them for that and their unwavering dedication on being the line between a civil world and complete chaos.

But Concord leadership failed with this misuse of funds lol. Hopefully the collective criticism will put things back into perspective for them….

I bet this couldve been done for a much lower cost if experienced volunteers were sought out to help. Or maybe local high school/college kids studying video production would’ve jumped at the opportunity be apart of it???

Hopefully their command will learn a valuable lesson.

Terrible song imo. That genre all sounds the same.

During the time it took for this video to be produced, the pension liabilities for these people went up by an even greater amount.

Because this was organized by CPD, and Monument Crisis Center joined in. Did you read the article?

Nick, I understand that many people read one article then take it is 100% fact, they also believe everything on the internet. Read the Monument Crisis Center face book page “The community challenged us to a police-community lip sync video! The Concord Police Department and the Monument Crisis Center delivered! Join us as CPD and MCC lip sync and dance to the smash hit “Bailando”!” So yes I read the article along with several others and called and talked to several officers before taking one article as 100% fact.

Average big wedding video range 5-15k.
WTF?! Still I was laughing with my partner when they were shooting the video. Glad they didn’t put the entire video. Anyways could’ve use that money for more patrols, too many active burglaries.

How racist to think just because someone is Latino, they MUST love any spanish song. Also what a complete waste of money, what the hell does this do for the community? A video to watch? Absolutely nothing.

You got ripped off video sucks and you waistingmoney on video instead of something else for the community. You did that for yourselves not the people

What about the 75% that is not Hispanic?

Terrible song choice, and a waste of money that could have been put to better uses.

I’m sure they were all on the clock, and collected overtime last month.

I liked the video!

they should of bought more weapons with that money.

Leave it to concord pd to make them selve look like jack holes while spenxing city money. Ive seen all tge cops in this video act loke fucking jerks for no reason.

Leave it to concord pd to make them selve look like jack holes while spenxing city money. Ive seen all tge cops in this video act loke fucking jerks for no reason.

I must say you are well articulated. Looks like we found one of the drug dealers that was caught and whose money seized.

Perhaps IF many READ the article instead of popping off with their fingers and commenting……..the money came from “non general” which means NOT PUBLIC TAX PAYERS! The money actually came from funds per “arrests and seizures” from drug dealers, which the police receive a percentage for use of equipment, community service and so forth.

A good video and even the people of that community enjoyed taking part. Pretty good tool for outreach and recruitment too!

No s**t. But it’s still a waste of money. They’re cops trying to earn respect, not rappers.

Nick, The Police Officers and Fire Fighter across America were challenged by ‘you’ the public to a lip sync challenge. It’s very easy to search it, just type ‘police fire lip sync challenge’ and I encourage you and others to read from news sources and not just one local blog full of haters.
I believe Concord is one of the best family oriented communities around with top notch Police and Fire departments. What is dis-hearting is many other communities supported their police and fire departments and didn’t look for off the wall comments to throw at them. To you and all the others with a poison pen “what have you done to help you community?”

Just because you’re challenged doesn’t mean you need to take someone up on a challenge. If most of us think this is a waste of money, that’s OUR business. Not yours. I don’t care what you think, and you shouldn’t care about the opinions of others. We clear?

It sure appears like you care. Interesting, that you replied to Ck’s comment above. Sounds like you care about the opinions of others.
If some effort was put in to helping the community and not hatting all over others it would help to strengthen the community.

Ken, let it go. If others don’t give a f*** about the video, quit worrying about it. Most of us think it’s a total waste of money, regardless of where the money came from. You’re trying to force your opinion on others, and it’s very annoying. You do realize your opinion is in the minority.