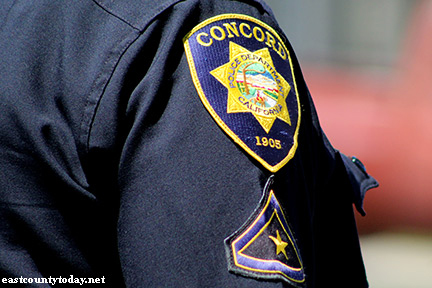 On December 18 at 9:20 PM, Concord Police officers responded to the 4600 block of Phoenix Street for a reported shooting.

According to police, Officers located an adult male in the backyard of a home suffering from a gunshot wound. Paramedics pronounced the male deceased at the scene. Officers contacted the occupant of the home who was also the 911 caller.

Police say the occupant reported waking to the sound of someone ringing his doorbell. A few moments later someone began kicking the rear door and then broke a window in an attempt to make entry into the home. The occupant of the home said he was in fear for his life and fired a gun at the suspect. The home owner remained on scene, spoke with investigators, and was not arrested.

Investigation showed that the occupant of the home was involved in marijuana cultivation and distribution. It is believed the homeowner was specifically targeted based on his marijuana dealings.

According to Concord Police, this is the second time in a 4-year period the homeowner had been targeted. They also said the marijuana cultivation is in another area outside city limits.

They’re cultivating it, probably not selling it in dimebags I’m sure. Wake up to the game, this isn’t the 1970’s old man. I’m sure if he shot an intruder for trying to steal his TV, jewelry or even ironically his guns, you’d be totally fine with that.

Jerry – Why be such a whack job? Selling drugs can be dangerous. Are you that stupid?

Nowhere in the article does it mention selling drugs. You’re the stupid one for assuming so like it’s a fast food joint. The man was protecting his property. Might as well tell banks to stop storing money, jewelers to stop having jewelry, electronic store to stop selling electronics because they get robbed every day and must protect their property.

Hey Jerry, what the hell do you think cultivation and distribution means? If you’re distributing a product, you’re selling it. This is the second time he was targeted in four years. It’s drug related, and like Melanie said – it’s dangerous. Whether or not it’s legal.

I’m okay with shooting anyone trying to break into a home. You’re ignorant.

And my point is there’s many business endeavors where distribution is dangerous, not just cannabis. Again, you sound like an outdated twat who thinks like he’s still in the 1970’s bagging up dimebags, where sorry to break it to you, things have gotten a lot more organized and distribution is on a much larger and practical scale. Get over it, its 2018. Times have changed, the drug war is and always has been a failure. Prohibition doesn’t work.

But Cannabis doesn’t harm anyone……….

Ahhh yes! All those contaminants and toxins in pot like hydrogen cyanide, mercury, nitrogen-related chemicals. Five times higher than in tobacco smoke. Delish! Keep on tokin’!

Orrrr he can keep shooting any idiot who tries to break into their home. That’s only logical in my opinion lol

Oh really? Marijuana kills hundreds of thousands of BRAIN CELLS for starters. It make people lose their motivation and become lazy. It’s loaded with MERCURY and other noxious chemicals … AND it STINKS TO HIGH HEAVEN!

I’m sure Tammy believes vaccines cause autism, climate change is a hoax, and the earth is flat. Hopefully she doesn’t have kids.

Vaccines don’t stink and they don’t have PESTICIDES in them like weed does, Paul! Vaccines don’t have MERCURY in them either! As to climate change, from the time the earth was formed, there have been climatic changes! If anyone has a problem with that, they should have a talk with THE SUN!

Dawn, your credibility on ECT has now been revoked. Climate change we’re currently worried about is due to HUMAN causes in the last 200 years. We’re not worried about the sun and it’s changes over billions of years. I hope you were joking or at least don’t vote.

Jerry, quit being the ECT know it all. Just because you say something doesn’t mean it’s a fact. Get over yourself old man, and STFU.

Jerry — Tell us how the climate changed during the days of the Roman Empire? Writers of those days described weather and climate changes taking place at a time when there were FEWER people on earth and NO AUTOMOBILES or hair spray or anything else we have today, YET they still had fires and serious hot and cold temperatures. The earth’s climate is controlled by the sun!

I seriously doubt anyone’s ECT credibility has been “revoked.”

I think Jerry is off his meds again!

Like you would know Tammy, but those anti-depressants your taking are completely fine though right?

Unlike you, I don’t take any anti-depressants nor any other medication.

I’m siding with captain for once

Tammy you need to read up on it…And as far as being lazy that’s self motivation, gateway drug ,only if you choose…mercury if you feed it too much maybe

That’s usually the response one gets from a stoner!

Some guy rented a house and lived there with his kids in Pittsburg. He had a bunch of marijuana plants growing there and “customized” the wiring to such an extent that a fire started while he and the kids were not at home and the whole house EXPLODED damaging the two neighboring houses and set some trees on fire. The vehicles in his garage burned completely. You could see the pillar of fire from up our neighborhood up above Buchanan Road. I guess the business didn’t work out.