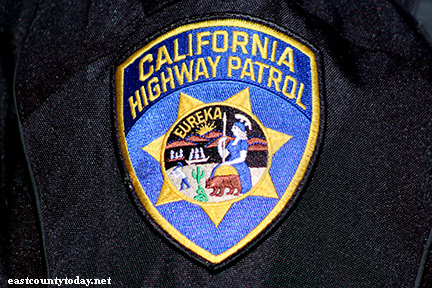 The California Highway Patrol released information Monday regarding a Saturday shooting at 9:13 pm on SR-242 at Concord Avenue.

Here is the information as released by CHP:

Saturday, July 22 at about 9:13pm, CHP Contra Costa received a call of possible shots fired on SR-242 at Concord Avenue. Units responded to where the victim was standing by at the Chevron gas station at Willow Pass Rd off SR-4 in Concord. There it was confirmed that a single bullet was shot through the right rear window of the victims grey Toyota Prius. Fortunately the victim was not injured.

The victim related to our investigators that while traveling on I-680 northbound he observed a WHITE MERCEDES BENZ CLA 250 coming up from behind him at a high rate of speed and driving in and out traffic. He related after the Mercedes past him, he decided to call 911 to report it. They both continued into SR-242 northbound. Then the Mercedes abruptly came to a stop on the right shoulder on SR-242, just south of Clayton Road. The victim then slowly began to drive by the Mercedes to get a good description and that’s when he heard a single shot and noticed the right rear window shattered. The Mercedes drove away quickly and possibly exited Concord Avenue in Concord.

The victim described the male suspect and solo occupant driver as a White Male adult in his late 20’s or early 30’s with light or dirty brown hair. He said he never saw the gun but just heard a loud bang and saw the shattered window. He also related that the Mercedes-Benz CLA 250 had only paper plates.

A “BOLO” to be on the lookout for the described vehicle and suspect was broadcasted that evening to all local allied agencies.

This is an ongoing investigation.

If anyone witnessed this incident or the events leading up to it or has any information regarding the suspect or suspect vehicle, please contact CHP Contra Costa in Martinez at (925) 646-4980.