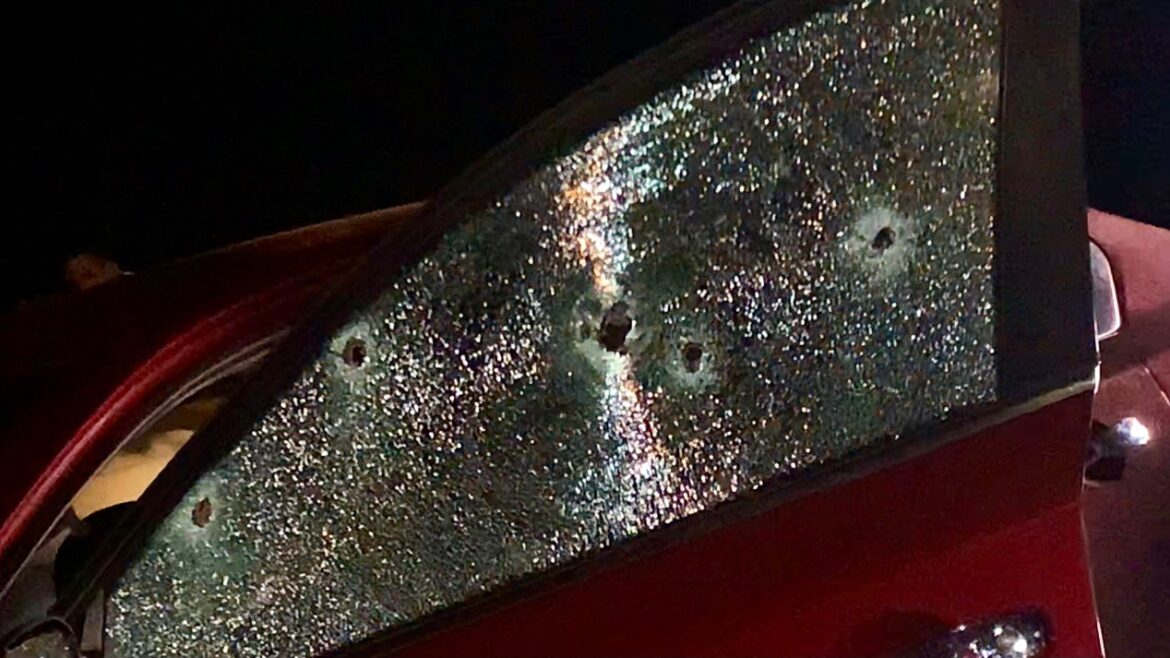 The California Highway Patrol is investigating a shooting that occurred at approximately 1:15 am Saturday morning that left a man in critical condition.

The incident occurred on Highway 4 near the Bailey Road off ramp. This is the second shooting in less than 24-hours in the same area.

Then when CHP arrived they discovered multiple bullet holes which were on both sides of the vehicle which they alluded to being possibly two different shooters.

The driver was transported to a local hospital with gunshot wounds. CHP was expected to release more information later Saturday morning.

On Thursday, at approximently 8:34 pm Thursday, Contra Costa CHP was advised of a possible freeway shooting incident that occurred in the area of HWY-4 eastbound on the Railroad Avenue off-ramp in the City of Pittsburg.

Units arrived on scene where a vehicle had collided with a tanker truck after the shooting.

The victim (adult male in his twenties) was driving a blue 2018 Honda Accord and was the sole occupant. The victim related he did not have information regarding the suspect(s) or suspect vehicle.

He was transported to John Muir Hospital for a gunshot wound but is expected to survive. This does not appear to be a random shooting.

Early this morning at approximately 1:12am, Contra Costa CHP was advised of a possible freeway shooting incident that occurred in the area of HWY-4 westbound on the Bailey Road (north) off-ramp. Upon arrival of emergency personnel, a solo adult male victim was located in the driver seat of a light colored Nissan Altima. (No other vehicles were present) Emergency personnel provided medical aid and then the victim was transported to John Muir Hospital for his injuries. He was unable to provide any information. The victim is expected to survive and is now in stable condition. This does NOT appear to be a random shooting.
This is an ongoing investigation and all the information we have at this time. Anyone with information pertaining to this incident, call Contra Costa CHP at (925)646-4980.
RECENT SHOOTINGS PRESS RELEASE
We have investigated several recent freeway shooting incidents and understand this is serious concern for the public. We would like to assure everyone we conduct a thorough investigation and work diligently to identify and apprehend those responsible in each and every case. We are working with our CHP Golden Gate Special Investigative Unit to obtain everything necessary to solve these cases, including evidence, witness statements and other relevant information. We are constantly evaluating additional resources we have to bring resolutions to these shootings that have occurred this week.
At this point in our investigations we do not believe these shooting incidents are connected, nor do they appear to be random in how they were carried out. We will continue to work on these cases to bring justice for these crimes and will provide updated information when it is available.
We ask the public to contact us if you may have information regarding suspects, vehicles, or any information pertinent to these shootings. (925)646-4980.
It is the mission of the CHP to provide the highest level of safety service and security. Thank you.
0 FacebookTwitterPinterestLinkedinRedditEmail

Why can’t they just fire bean bags at each other or talk about it over a cup of coffee?

It will only get worse! If the speeding cell phone using drivers don’t kill you on HWY 4, random bullets will.

When will they get the coward who killed Braun Harold? RIP

The Antioch PD doesn’t have one of those. I have no idea about Pittsburg

When will they catch the coward who killed Braun Harold?RIP

Don’t they have any cameras? There have been so many shootings. Not that expensive. Same for these people starting fires around Pittsburg during a drought.