Two items caught my eye for tonight’s Contra Costa County Mayors Conference. The first is that Randy Iwasaki and Ivy Morrison will provide an update on the Bay Bridge and Caldecott Tunnel expansion projects. Meanwhile, the big issue is there will be an appointment to the Delta Protection Commission.

In reviewing the meeting agenda closer, the appointment of Oakley City Councilwoman Diane Burgis to the Delta Protection Committee caught my eye because it appears she is the only person who was appointed prior to deadline.

Due to their Bylaws, once it’s been advertised and passes deadline, there cannot be nominations from the floor—nominations from the floor only can occur when there are no written nominations.  So there you have it, she appears to be a lock. This is great news as East County—specifically Oakley—because will have another representative serving on this commission.  Councilwoman Burgis is a natural fit and I believe will represent Contra Costa and the Delta well.

Due to the election of former Oakley council member Jim Frazier to the State Assembly, there is an opening for a representative of Contra Costa Cities on the Delta Protection Commission. There is a need to appoint a new representative for the balance of the term remaining until May 1, 2014

Oakley Mayor Kevin Romick has nominated Oakley Council Member Diane Burgis for this position. (Letter Attached). There are no other nominations.

Recommended Action:
Apply Conference rule and appoint Oakley Council Member Diane Burgis to serve the balance of the term ending May 1, 2014 on the Delta Protection Commission.

In a bit of irony, Mayor Romick passed up on a chance to appoint Councilwoman Burgis to the East Contra Costa County Habitat Conservancy Committee (HCP) where instead he opted to appoint Councilman Randy Pope. I am still not a fan of that appointment because the most qualified person was not chosen, but at least he got this one right and its a much better committee to serve on. Like I said,  it’s ironic he talks her up for this State Commission, but not HCP which I find rather odd.

Here is his letter to the Contra Costa Mayors regarding his nomination, click to enlarge:

About the Delta Protection Commission

The mission of the Delta Protection Commission is to adaptively protect, maintain, and where possible, enhance and restore the overall quality of the Delta environment consistent with the Delta Protection Act, and the Land Use and Resource Management Plan for the Primary Zone. This includes, but is not limited to, agriculture, wildlife habitat, and recreational activities. The goal of the Commission is to ensure orderly, balanced conservation and development of Delta land resources and improved flood protection. 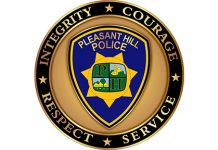