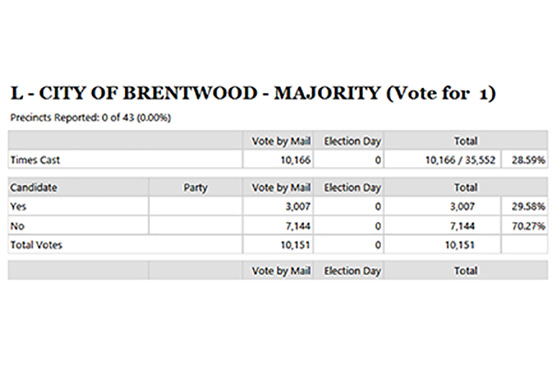 On Tuesday, Contra Costa County Elections released its first round of election results on Brentwood Measure L which showed 70.27% of Brentwood voters rejected the measure with 29.58% supporting it.

If approved, Measure L would annex 815 acres and with 555 acres for 2,400 homes which 80% is for senior housing, 225 acres would be permanently designated open space and could include agriculture and associated facilities. The project would have also provided 1,500 acres of space along with a land swap with Save Mount Diablo. It also would have provided the East Contra Costa Fire Protection District $11 million while improving infrastructure on both Balfour Road and American Avenue.

If Measure L fails, Matt Beinke of Blackhawk Nunn has already stated he plans to immediately take a similar project to the city of Antioch and place it on the 2020 ballot. 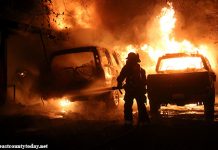