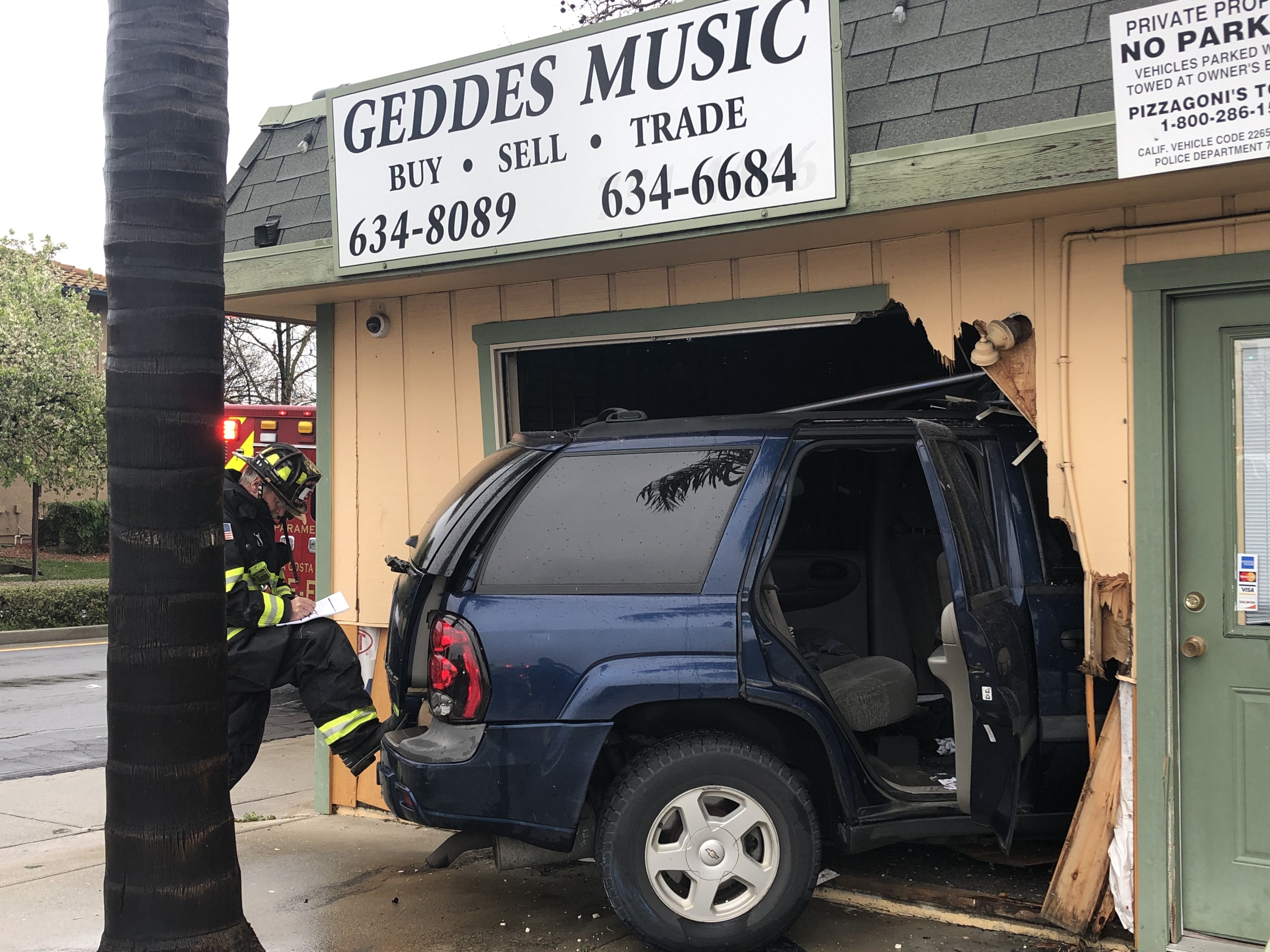 At 12:35pm Saturday a teenage driver lost control of her vehicle at Oak St and Brentwood Blvd where she entered Geddes Music Store.

According to Police, the female was looked at by AMR, but was released at scene.

A building inspector was called to the scene to inspect the damage. Police also said a person was behind the counter at the time of the crash.