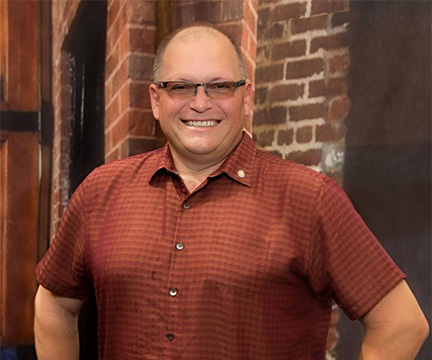 On Wednesday, John Fink announced his resignation from the Brentwood Planning Commission after serving for nearly a decade.

Fink said he doesn’t like the direction the city is headed in terms of the decisions and lack of questions be asked by the city council with regards to the urban limit line and the Blackhawk Nun project.

“Basically they telling the citizens of Brentwood that they don’t have a choice whereas earlier in the process they could have involved the community in the overall process and look where we are today. People are not happy,” explained Fink. “This project also wants an exemption from the General Plan and the last time we did that on a project in ended in a disaster versus continuing with the general plan which would have prevented a lot of the issues.”

Fink explained he believed development should not be way to work Brentwood out of financial issues and instead should be focused on bringing jobs and commercial infrastructure to the city which would help the fire department because he believes they do not need any more homes to protect until they get proper funding to open more stations.

Fink felt that with the direction the city council was headed, he could no longer be effective as a planning commission and ultimately resigned.

Brentwood Mayor Bob Taylor thanked Fink for his years of service in a statement.

“I would like to thank John Fink for his many years of service to the city of Brentwood and wish him well on his future endeavors,” said Bob Taylor.

Here is a copy of his letter:

Eﬀective from the date of this letter, I am oﬃcially resigning from the Planning Commission of The City of Brentwood.

It has been an honor to serve the almost 10 years that I have been on the Commission and I feel an equal honor to have worked with you and the many members of City Staﬀ along the way. You are all the best in the business.

During the last several weeks, I have found myself in conﬂict with the Council’s direction regarding development in our City. I understand the need for development and its importance to our ﬁnancial stability and future economic health. It must be planned well taking into consideration all factors with guidance from the General Plan as well as, and most importantly, input from the citizens of our community. Those citizens, many of whom attended last nights Council meeting, expressed their rightful concerns over the lack of adequate ﬁre safety, the sacriﬁce of open space and the need for the City to focus more on bringing well paying jobs to Brentwood vs. residential development.

Last night’s meeting was another example of a large scale project that will have a major impact on the citizens of Brentwood, and the Council made it clear they had no choice in the matter other than requesting a report for more information and choosing the date for the measure to be on the ballot. I know from experience that meetings and discussions of such projects begin many months prior between the prospective developer, the City and other stakeholders. When you have strong leaders, the wants and desires of those they serve are paramount and clearly expressed. If not, it sends the wrong message to those they serve especially when it gets to the point where the Council has to justify to its electorate they have “no choice in the matter”. Therefore, I feel that my position is in conﬂict with the Council and I am obligated to step down.

I wish to thank you and staﬀ again for all of the hard work that you have done and will continue to do.
Regards,