On Tuesday, the Brentwood City Council will discuss and provide staff direction regarding moving forward with its Police Dispatch Center.

The direction will come after hearing a Police Dispatch Center Analysis Report which includes police operations and the inclusion of the Police Department Dispatch Center and Police CAD/RMS System.

According to the report, the cost for construction the dispatch center is estimated at $2.6 million another $1 million is needed for the purchase of computer aided dispatch/record management system (CAD/RMS)—no impact on the budget as funds are already available.

The General Fund would see an annual operating cost increase from $845,000 (Antioch’s Dispatch Contract) to $2.7 million for Brentwood to operate its own facility.

The City of Brentwood contracts with Antioch where costs for dispatch services increase by 6% each year. The report states over the next 5-years, the automatic cost increase will constitute a compounded 34% ($285,956) increase (Note: not stated in the report is the increase in cost Brentwood will occur each year with its own dispatch center)

The report also states to ensure the highest level of service to its community, Brentwood will need to hire 10 full time dispatchers—an existing Lieutenant will manage and lead the dispatch center.

Should the council move forward, the report says it will be a 24-month implementation with a total start-up cost at an estimated $3.6 million.

As Mayor I will not avoid the difficult questions and I rather we have the conversation to avoid the wrong information getting out to the community. The City of Brentwood has always planned on having its own dispatch center to serve its community and to continue making public safety a top priority. It is important to recognize that this is my opinion as Mayor and the full Council will have an opportunity to weigh in on this topic when staff brings us the feasibility report in May.

Does the Mayor/City not have an opinion on the cost increase from $800k to an estimated $1.8 million for a dispatch center?

The cost estimates at this point are only estimates. It is important to note that the contract services with Antioch will escalate to over $1.0 Million by 2017. As Mayor I believe we need to always look for local control opportunities to better serve our public. Local control and progressive thinking has always been part of the City of Brentwood’s makeup.

One huge advantage is the fact that we already have a building for the dispatch center so we avoid expensive land and building costs. As Mayor I look forward to opening our own dispatch center in 2017.

Does the Mayor/City have an opinion as to why not hire more officers versus a dispatch center?

Public safety remains our top priority. During the recessionary years we did not eliminate any police officer positions and the police department is currently fully staffed. In fact, the dispatch center and its services directly speak to the safety of our police officers. Public Safety again remains our top priority and as the city grows we will continue to provide police services to our community.

With the increased cost, will other services be reduced?

We have reduced our operating budget significantly with the recent reorganization that will pay for most of the new costs anticipated. Also, we have a tremendous tool in our financial forecasting that includes a ten year fiscal model so we will know how these costs fit in the financial picture without reducing service levels in other departments or city services.

The justification of current dispatcher personally appears to be an opinion versus fact. The mayor/city certainly has a justification for the switch.

It has always been a vision of the city to be able to do its own dispatch.

Is there not a process for a complaint regarding dispatch services?

Yes and we take concerns from our citizens very seriously. To my knowledge staff does a good job staying on top of the issues.

If Antioch offered a lower rate at the request of Brentwood and obliged, surely the mayor/city have an opinion to move away from Antioch. (Editors note – Brentwood wanted a reduced cost, not an increase in service)


Given our goal for a dispatch center, local control, and a financial plan to get it done this is the right time for the City to do it. And, as stated before, the cost for current services continues to escalate.

If the City of Brentwood just wants its own dispatch service, why not just say so?
(Editors note: Brentwood was using a justification of poor service from Antioch Police during its council meeting as justification when there was no formal complaints)

Yes, it is my opinion as Mayor that we need our own dispatch center.

Editors Note – Q&A Conducted March 30, 2015 prior to the final report being provided to council. 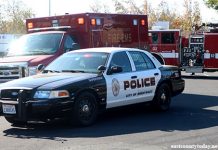 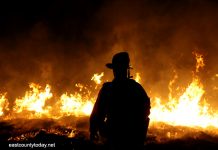 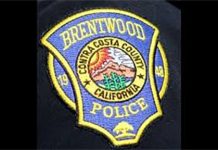