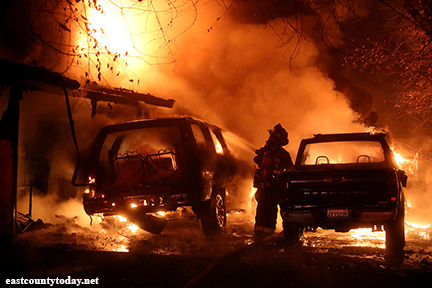 Due to disinformation and misunderstanding abounding, please take a moment to check out the facts as relayed by City Manager Tim Ogden that follow:

– The city does not have a fire department, nor responsibilities for providing fire service.

– The Fire District covers 128,000 residents in Brentwood, Oakley, and unincorporated Contra Costa County with over 250 acres.

– The Fire District is underfunded and underserved with only 3 stations, and 9 fire fighters on duty at a time, resulting in troubling response times.

– Some residents feel the City of Brentwood should carry the burden of funding an independent fire district.

– Some suggest no new taxes and that the city should use its reserves to fund the Fire District or use city CFD’s now used for police services.

The City has formed four Community Facility Districts (“CFD’s”) to levy a special tax for community facilities and services (starting in 2002, 2003, 2004, and 2007). The money’s collected are able to fund the following authorized (but not mandatory) expenses. The summary below aggregates all the eligible expenditures, even though each of the four CFD’s differ slightly:

– Services: Fire fighting, emergency medical, police and public safety, open space and natural wildlands maintenance (including on State Park lands), flood and storm drainage operation, and joint use school site and park facilities (but not school use or maintenance).

Nothing in the formation intent language of the CFD’s requires, mandates, or prioritizes any expense, or suggests the funding of facilities or services OUTSIDE of the city, including fire districts, school districts, water districts, counties, etc.

While the CFD’s allow for a variety of eligible facility and service expenditures, aside from some debt payments on facilities, approximately 90% has consistently been used to fund the priority expansion of the police department. In the most recent CFD report available in the year ending June 30, 2019, approximately $6.1M was received in revenue, with approximately $5.3M spent on police services.

It is being suggested by some that the City split the CFD’s funds 50/50 for the city’s police department and the independent Fire District. Fire services are not a service provided by the city, so Brentwood taxpayers would be funding services outside of Brentwood in the district. To do so would require reallocating approximately $3M away from police services (and other debt) to accommodate $3M for police and $3M for fire.

An option is to reduce the police services contribution (lay off several officers) or to maintain the same level of police services, find $3M in other city services affecting programs and personnel. The City recently made service level reductions in order to manage COVID-19 economic losses, including cancelling the expansion of an additional police beat with 5 additional officers, several economic development initiatives, and reduced pavement maintenance and hours of operation for the library.

It is also suggested the city’s use its General Fund reserves as an option. Currently with a balance of $17M, if no current city services are reduced, the one-time funds of the reserves could be drained in less than 6 years. That timeframe could occur sooner if there is another recession, and does not take into consideration annual cost increases of every city service.

Once the reserves are drained, only two options remain: city services would have to be drastically reduced or the residents would need to approve a tax measure to maintain current City services and amenities. The stark reality for residents of Brentwood would be they would still be paying a CFD tax, now funding the independent Fire District to the benefit of Oakley, Discovery Bay and the rest of the unincorporated county, while at the same time having to accept reduced service levels or additional taxes in Brentwood. Residents outside of Brentwood will continue to enjoy their city services and improved fire service thanks to Brentwood residents, all the while not paying for them.

While in the recent past the city has used CFD funds to assist the Fire District, it was in the context of a limited duration and joint agreement between the City of Brentwood, City of Oakley, and Contra Costa County, to fund keeping a fourth fire station open for two years. The amounts contributed by Brentwood were $190,485 in 2015/16 and $475,515 in 2016/17, and when the Fire District closed the station, the funding commitment ceased.

To review the CFD reports in full: https://www.brentwoodca.gov/gov/finance/docs/cfd.asp

For more information about your Fire District: https://www.firesafeeastcounty.org/ 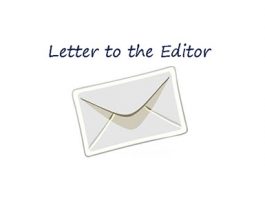 Letter: Ward 5 of the Community College Board Needs Change, Enholm...