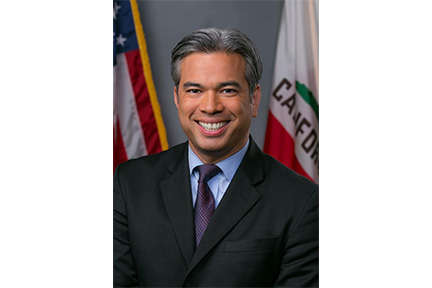 SACRAMENTO – California State Assemblymember Rob Bonta (D-Oakland) announced his plan to introduce legislation that will require elected prosecutors to recuse themselves from the investigation and prosecution of law enforcement misconduct if they accept financial contributions from law enforcement unions.

The legislation will be sponsored by the Prosecutors Alliance of California and co-sponsored by numerous District Attorneys.  It will be introduced when the new legislative session convenes in December.

“This is about trust in law enforcement, and trust in the independence of our elected prosecutors,” said Bonta.  “As people across our cities, states and our nation have come together to raise their voices and demand greater justice, we must cure the conflict of interest that gives, at minimum, the appearance that police are not held accountable due to the proximity and political influence of law enforcement associations and unions.”

“Now, more than ever, prosecutors have the responsibility to promote equal justice and build trust with the communities we serve. In order to do that, we must eliminate the conflict of interest existing when elected prosecutors accept police union support,” said San Francisco District Attorney Chesa Boudin.  “It is only when prosecutors are not financially beholden to law enforcement unions that the public can be confident in the decisions prosecutors make about holding police officers accountable.”

“Law enforcement unions generally finance the legal representation of an accused officer, and when prosecutors receive financial support from the entity funding the defense a conflict of interest arises for elected prosecutors,” said Contra Costa County District Attorney Diana Becton.  “To restore trust in law enforcement we must cure this conflict.”

“The police officers who killed George Floyd violated our social contract and exposed critical flaws in our criminal justice system,” said former San Francisco District Attorney and Assistant Chief of the LAPD, George Gascón.  “We cannot heal, claim reform, or restore the promise of equal justice until we eliminate the cloak of conflict surrounding prosecutors’ decisions to investigate and charge police. The pervasive financial ties between police unions and the prosecutors that will inevitably review the conduct of their members has deepened the chasm between law enforcement and the communities we are sworn to protect and serve.”

“This legislation would ensure there is no conflict in the investigation of officer-involved critical incidents,” said San Joaquin District Attorney Tori Verber Salazar.  “The tie between police unions and District Attorneys has eradicated the public’s trust in our objectivity to investigate and prosecute officers.  The public is demanding transparency from their District Attorneys; if those same District Attorneys are indebted to the very organizations which defend police misconduct, then we have violated that trust. Justice must be equal for all.”

“Police unions are unique from other labor unions and special interests,” said Cristine DeBerry, Executive Director of the Prosecutors Alliance of California. “No other group carries a badge and a gun and faces situations in which they may have to use force, the legality of which will ultimately be determined by the District Attorney.  The same cannot be said of teachers or bus drivers and other public employees.”

Recently, the Prosecutors Alliance of California called on the State Bar to create a new rule of professional responsibility to preclude prosecutors from taking police union money.  The Alliance took this step in the wake of the murder of George Floyd and Breonna Taylor in an effort to increase the independence of prosecutors from police. The State Bar is scheduled to reconvene tomorrow to continue discussions on the topic.

The bill to be considered by the Legislature will take a slightly different path. Rather than precluding prosecutors from soliciting or accepting law enforcement union contributions, it requires a prosecutor that accepts a law enforcement union’s contribution to recuse themselves from the decision-making process if one of the organization’s members is suspected of criminal conduct. In such cases, the State Attorney General’s Office would be asked to handle the case.  This will help reassure family members, community stakeholders and the public that decisions are made based on the facts and the law, not political horse trading and back scratching.

By closing this loophole, the Legislature will reduce the presence of conflicts of interest and ensure independence on the part of elected prosecutors. This legislation also aspires to help reestablish community trust in the integrity of prosecutors at a time when national events have damaged that trust.

Assemblymember Rob Bonta represents the 18th Assembly District, which includes the cities of Oakland, Alameda, and San Leandro and is the Assistant Majority Leader.