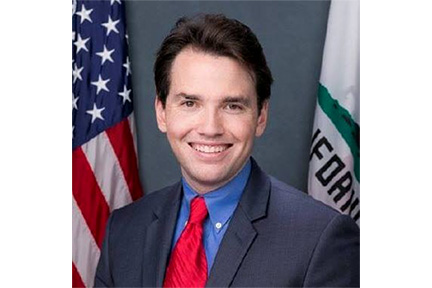 “Does Governor Newsom really look around and think we’re creating 40 percent of the nation’s jobs?” Assemblyman Kiley asked. “California’s economy continues to struggle as much as any state in the country. Yet rather than face this reality and correct course, the Governor is presenting us with a Potemkin village.”

The facts outlined in the April jobs report paint a dismal economic picture for California. The state’s 8.3 percent unemployment rate is unchanged from March and the second highest in the nation, well above the national rate of 6.3 percent; Florida’s rate is 4.8 percent. The overall number of unemployed Californians went down a mere 3,200. In addition, the labor force participation rate declined in California while increasing nationally.

Despite these sobering facts, Governor Newsom is citing the jobs report as evidence “California is continuing to lead the nation’s economic recovery,” claiming that California created nearly 40 percent of the nation’s new jobs in April. In fact, the “unadjusted” figure is 14 percent.

California’s poor economic performance in 2021 is a result of conscious planning by the Governor. His January budget proposal forecast 8.5 percent unemployment for the year and predicted jobs would not return the “prepandemic” levels until 2025.

“As the Legislature debates the budget in the coming weeks, I’ll continue to advocate for a fundamental course correction that sets high expectations for a swift recovery and unleashes California’s full economic potential.”

This guy…….There are plenty of jobs available, there just isn’t enough unlazy people do fill them. Eliminate the $300 federal weekly benefit and California cuts its unemployment rate in 1/2 in a matter of weeks.

Newsom is making a socialist state of California by giving public tax dollars away to buy votes. He is bad for California. Homeless, illegal immigrants, supplemented unemployment, and more are getting your tax dollars instead of making people go back to work. Someone has to pay this gift of public funds. If you are a responsible, working citizen in California that would be you. Newsom is using your tax money to buy
influence from the vulnerable. Socialism is only good until you run out of other people’s money!