I received word this morning from both firefighters and AMR employees that there was a woman who came into the Discovery Bay fire station with a non-renewal notice from Allstate Insurance. Her insurance was apparently being dropped because Allstate thinks the closest fire station is San Ramon.

Although the firefighters explained that Discovery Bay was keeping its station, the woman was unhappy as the Allstate underwriters are sending notices of non-renewal to Discovery Bay homeowners who have the insurance.

The firefighters pointed out to the woman that this was apparently a clerical error, but as it stands right now, Allstate believes this area has zero fire protection.  If this holds true, residents in Antioch, Brentwood, Oakley, Pittsburg may also receive notices.

Back in July, Island Joe’s on Bethel Island saw an insurance increase after their station closed.  They restaurant had an increase of just under $3,500 annually as opposed to simply paying $197 annually for a parcel tax. 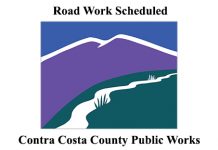