The following message was released by the Contra Costa Mosquito and Vector Control District highlighting how mosquito season is not over and people should act to prevent mosquito bites.

Here is the message:

Just because it’s fall, it does not mean mosquito season is over because mosquitoes, and
West Nile virus (WNV) in particular, thrive in warm temperatures. And unlike other areas of the country where temperatures turn cool as soon as fall arrives, Contra Costa County remains warm enough.

Countywide, the average temperature is 81 degrees in September and 71 degrees in October. With these temperatures, mosquitoes can stick around for at least a few more weeks.
Just last year, the Contra Costa Mosquito & Vector Control District (District) trapped mosquitoes that tested positive for WNV three days before Halloween. And so far this year, 17 dead birds, two chickens and 12 groups of mosquitoes have tested positive for WNV, with the most recent group of mosquitoes and two of the dead birds testing positive this week, alone. The mosquitoes were collected in Brentwood, and the dead birds in Brentwood and Walnut Creek.

The District’s Scientific Program Director Steve Schutz, Ph.D. warns now is not the time to become complacent when it comes to preventing mosquito bites.

“It is very important that all Contra Costa County residents take this virus seriously. Take precautions to reduce the risk of mosquito bites now and well into the fall because the risk of virus transmission can continue until average overnight temperatures drop below 55 degrees for a week or longer.”

So, act now to reduce the risk of West Nile virus (WNV) by avoiding mosquito bites.

Contact the District to request mosquito service if you find mosquitoes on your property. 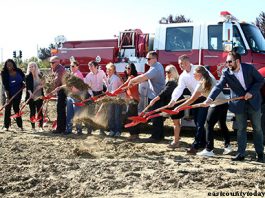