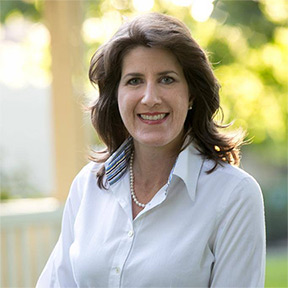 SACRAMENTO – On Monday, Assemblywoman Catharine Baker (R-San Ramon) and Alameda County Supervisor Scott Haggerty announced the State’s approval of a grant for a new BART parking garage to be built at the heavily-impacted Dublin/Pleasanton BART Station, thanks to the $20 million funding secured by Assemblywoman Baker’s office and land provided by Alameda County.

“The Dublin/Pleasanton BART Station is in dire need of additional parking, and this structure will bring necessary, cost-effective relief to our constituents,” said Assemblywoman Baker. “The current waitlist for parking at the Dublin/Pleasanton BART Station has over 3,000 people on it, and the existing multi-story structure is full by 7:30 a.m., forcing commuters to drive to work or crowd local city streets and retail lots.”

“Thank you to Assemblywoman Baker for the much-needed funding and for working with my office and the County to develop this innovative project,” said Supervisor Scott Haggerty. “This project will allow more of our constituents to use BART and take more cars off our local roads and freeways.”

“Commuters have been waiting anxiously for this parking garage so that they can get off congested freeways to access BART,” says Michael Tree of LAVTA (Livermore Amador Valley Transit Authority). “Parking for vanpools and electric vehicles, as well as improved circulation for interregional bus systems bringing commuters to and from BART are just a few of the features that will ensure this project will have a positive impact on Bay Area congestion. This project is only possible because of funding secured by Assemblywoman Baker and land by the County, and a big win for local commuters.”

The parking lot will be a state-of-the-art convertible structure. If parking is no longer needed in the future as technology advances, the structure can be turned into additional housing or office space. The new parking structure will provide an additional 650-700 new spaces for an estimated $30-31 million. It is set to be adjacent to the existing BART-owned structure on the Dublin side of the station.

“This structure will have more spaces, and cost less money than what BART ever considered doing, and will be a state-of the-art structure that can be used for commercial purposes or housing should the need for parking someday subside,” says Assemblywoman Baker. “This is better than any option BART ever could have provided.”

Parking at the Dublin/Pleasanton station has a long history. When the Dublin Transit Village was originally designed, the plan included a second multi-story garage adjacent to the first multi-story garage, to add 540 additional spaces. Yet for over a decade, BART made no progress on that second garage.

In response to inquiries by Assemblywoman Baker’s office, BART responded it lacked funding to build the promised structure, which BART estimated would cost $37 million for 540 spaces. Last summer Assemblywoman Baker secured $20 million exclusively for the structure, with local agencies pledging the rest of the funding BART claimed it needed. BART, however, refused to move forward with the new structure. Assemblywoman Baker and County Supervisor Haggerty then began on an alternative plan, resulting in today’s announcement of this structure.

According to LAVTA’s application to the State, ground breaking of the new structure is tentatively scheduled for October 2018.

“This BART promised parking structure is an example of how, when obstacles are put in front of you, just keep working on solutions until the job is done,” said Assemblywoman Baker. “I am grateful to the City of Dublin, Supervisor Scott Haggerty and Alameda County for collaborating with my office to make this project a reality.” 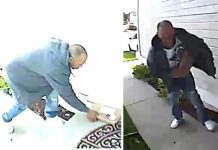