Over the weekend, Dan’s Delta Outdoors in Oakley hosted its Tournament of Champions fishing tournament where the team of Harvey Pulliam and Jamond Andrews took top prize and a $3,600 payout. 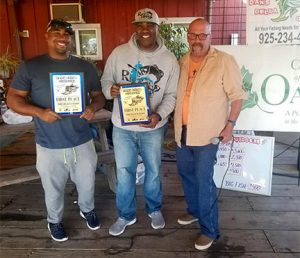 This was the third season for Dan’s Delta Outdoors which had 20 boats qualify.

The team of Pulliam and Andrews scored 43.18 lbs followed by PaPulliam and Andrews Earn Dan’s Delta Outdoors Tournament of Champions Wint Leiser and Mark Mello at 35.57 lbs who took home a prize of $2,300 in second place. In third place, the team of Mike Birch and Lori Birch scored 33.99 lbs and took home $,1500 plus they scored another $400 for the big fish at 9.42 lbs. 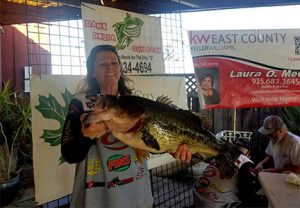 Also taking home money was Mike Andrews and Phil Dutra who scored a 4th place finish for $800 with 30.15 lbs and the team of Tim Venkus and John Martin earned $300 with 29.31 lbs and a 5th place finish.

The Anglers of the Year were Phillip Dutra and Mike Andrews.

The tournament was held out of Russo’s Marina on Bethel Island.