The Califiornia Highway Patrol said that on Monday around 6:00 pm, a unit observed a vehicle driving recklessly at over 100 MPH, in and out of traffic, on Highway 4 westbound at Laurel Road in the City of Oakley.

The CHP unit initiated a traffic enforcement stop but the vehicle (a 2019 silver Kia Rio) failed to yield to lights and sirens and accelerated away from the patrol officer.

The suspect vehicle led CHP on a pursuit on Hwy-4 westbound to approximately San Marco Blvd where CHP discontinued the pursuit due to safety concerns for the other drivers on the road and CHP Officers involved due to the reckless manner of driving from the suspect. CHP lost sight of the Kia but as the CHP unit exited Hwy-4 at Willow Pass Road in Concord, the Officer saw that the Kia had crashed into an embankment just off of the off-ramp of Willow Pass Road, and had caught fire.

A CHP Officer immediately exited his patrol car and put out the blaze with an extinguisher and discovered the Kia was abandoned. Witnesses related to CHP that multiple parties exited the Kia after it crashed and fled the scene.

CHP towed the Kia and set up a perimeter to locate the suspects in and around the Willow Pass Road and Evora Road area. Shortly after the area was surrounded, all four occupants from the Kia were located and detained.

All four occupants were male juveniles, including the driver. No reported crashes or injuries to Officers, other drivers on the road, and only minor complaints of pain to the occupants of the Kia.

The male juvenile driver was arrested and will be booked into the Contra Costa County Juvenile detention center and the other occupants will remain in CHP custody until a parent or legal guardian arranges pickup for each juvenile. 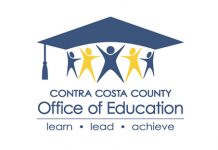 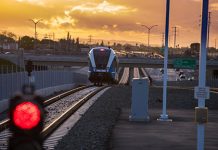