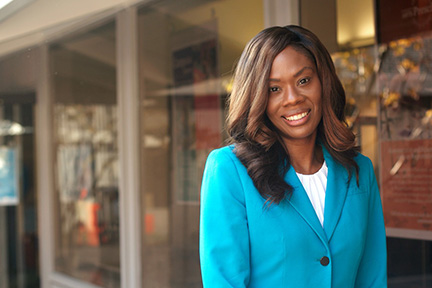 “I am so honored to receive such strong support for my candidacy from four of our local leaders who I respect,” said Scales-Preston. “They all share my love for our community and my vision – bringing economic opportunities and jobs to our City, working to cut commute times, protecting the health and safety of our community and providing family-friendly activities for our children and their families.

“Shanelle will be an outstanding council member,” said Parent, who has called for more women to be elected to city government. Parent served as the City’s first woman mayor and first woman elected to the council.  In 2014, Pittsburg voters elected Parent as City Treasurer.  Parent believes that Scales-Preston’s  “experience and commitment” to public service and her “youthful outlook” will be a plus for the City.

Vice Mayor Sal Evola, who was elected to the council in 2006 and served as mayor in 2014, commented that he is pleased Scales-Preston has decided to run for a city council seat. “I am confident that Shanelle will continue the gains that we have accomplished as a City over the last twelve years. Shanelle will continue to work to promote family-friendly Even though I will not be on the council with her, I will continue to offer my assistance whenever possible,” said Evola who has decided not to seek reelection to spend more time with his family.

Scales-Preston is a working Mom with two boys, ages eight and eleven years old. She says that she and her husband, Damon, are raising their two sons in her hometown because she believes that Pittsburg residents have a strong sense of community. “I grew up in a working-class family with parents who put in long hours to make ends meet. My Mom worked graveyard at Anchor Glass while my Dad worked in construction as a member of Local 324. Today, my husband and I are raising our two boys here with those same values, says Scales-Preston”

Scales-Preston works as District Director for Congressman Mark DeSaulnier, 11th District. Before working with DeSaulnier, she held numerous positions while working on the staff of former Congressman George Miller. Scales-Preston’s career in public service has expanded almost twenty years. She is known for taking action to help thousands of people throughout District 11, which includes Pittsburg, to navigate government programs, including social security, Medicare, student loans and the IRS.  During the recession, Scales-Preston negotiated with lenders and federal regulatory officials to prevent foreclosures and save homes and businesses.

“Shanelle has worked within the highest levels of government to advocate for constituents within our region and to have her leadership represented on the City Council would bring a unique asset and vision to the residents of Pittsburg. She is a natural leader who is honest and fair, and I believe that her transparency will be a valued addition to the leadership of our city,” said Beals, who became the youngest candidate to be elected to the council at 30 years old in 2000. In 2003, Beals served as the first African American woman Mayor of the City of Pittsburg.

Pittsburg Mayor Pete Longmire, who has served the City since 1980, first as a police officer, a member of the city council, vice mayor and currently as mayor, called Scales-Preston a “natural fit” to serve on the city council. “She has a “strong sense” of what is needed in Pittsburg because she grew up here and has been representing us for almost twenty years,” said Mayor Longmire. “Shanelle can take our community to the next level.”