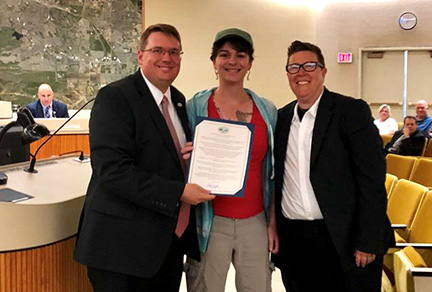 Recently on May 22, I attended an Antioch City Council meeting to receive an Official LGBTQ Pride Month Proclamation as a Board Officer of the Lambda Democratic Club of Contra Costa County.

Mayor Sean Wright and the members of Antioch City Council were there including Councilmembers Monica Wilson, Lamar Thorpe, Tony Tiscareno, and Lori Ogorchock. Mayor Wright read the proclamation aloud and it was an honor to be part of history. This was the first time Antioch City Council had declared June as LGBTQ Pride month. 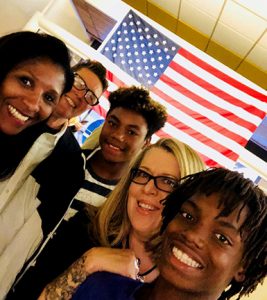 June is a symbolic time for LGBTQ Festivals and events around the world including SF Pride which is one of the if not the biggest Pride event in the world. In the name of tolerance, diversity, and inclusiveness Antioch gave me another reason to be a proud resident.

I moved my family here, my wife and I bought a house in Antioch in 2016 and are raising our kids here. I have deep roots in East Contra Costa County, I lived in Concord as a kid and remember coming out to Antioch to swim at Contra Loma and go to pumpkin patches. After decades of living and working in SF and Oakland, I am happy to be in Antioch during a critical time of growth and community development.

May 22nd is a bittersweet date given it’s known as Harvey Milk Day, the first openly gay elected official in the history of California. Sadly Milk and Mayor Moscone were assassinated by a fellow supervisor after Milk was serving as a SF City Supervisor. May 22nd was Milk’s birthday.

I have worked hard on equality issues including Marriage Equality and it was a wonderful moment for me to be receiving the proclamation with my wife, my Mother, my Mother-in-law, and two of my children present. I want to be part of a world and a community that strives for fairness, celebration of diversity, inclusiveness, equal protection under the law, tolerance, and a strong sense of community.

I was very pleased that Mayor Wright, City Councilmember Monica Wilson, and City Manager Ron Bernal all helped make this special event happen and were very responsive to my request for the proclamation. Antioch proved that it is a safe and welcoming community for all its citizens.