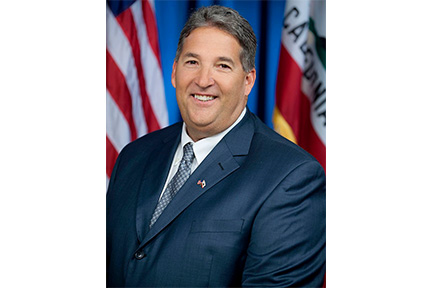 On December 1, Assemblyman Jim Frazier (D-Fairfield) announced he would be resigning from the State Assembly.

According to sources, Assemblyman Jim Frazier announced his resignation Wednesday morning to staff during a Zoom call and would be turning in his resignation to Speaker Anthony Rendon at some point during the day.

No official announcement has been provided by Assemblyman Frazier or Speaker Rendon as of 11:30 am.

Assemblyman Frazier said, “This is the best job that I have ever had. I have enjoyed serving the State of California and the 11th Assembly District and greatly appreciate the confidence that my constituents have shown me over the last nine years. I am proud of the many successes that we have achieved together. My future plans are to put to use my passion and experience in the transportation sector, explore new career opportunities and spend additional time with family and friends.”

Frazier is a former small-business owner who was elected to the State Assembly in 2012.

In 2008, after serving on the city’s Planning Commission and as a Commissioner on the Contra Costa Transportation Authority’s Citizen Advisory Committee, Frazier was elected to the Oakley City Council. He then served as Mayor of Oakley from 2011-2012.

Another loserino stinking Califmexifornistinian politician gettin self expunged instead of by an angry electorate.
And Lori? She’s just another failed Ghettopottomus running a failed Ghettopolis! — Sewer Soon Shitty!

Does this have to do with Brian Montgomery and Kevin Romnick and all the shady dealings in the City of Oakley?